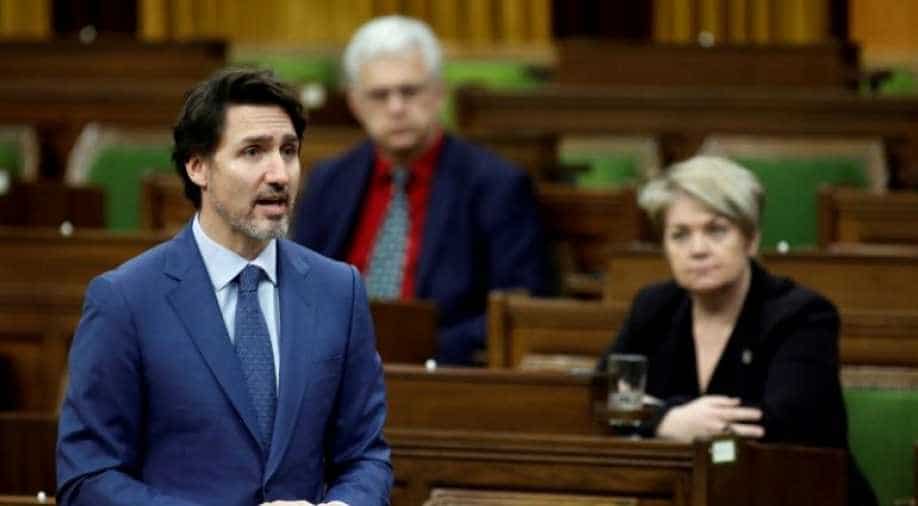 "India is not any other country that someone can say anything," he added.

Taking strong objection to the comments made by Canadian Prime Minister Justin Trudeau related to farmers’ protest in India Defence Minister Rajnath Singh on Wednesday said that no leader of a country should speak about India's internal affairs.

"First of all, I would like to say about prime minister of any country that comment should not be made about India's internal affairs. India does not require any outside interference. We will sort out issues by ourselves. It is an internal matter of India. No country in the world has the right to comment on India's internal affairs," Rajnath Singh said.

"India is not any other country that someone can say anything," he added.

He was asked about criticism in some countries and Trudeau's remarks concerning protest by farmers on farm laws.

He said attempts had been made to mislead "our farmer brothers" and the same thing is going on.

He urged farmers to hold clause by clause discussions on the three laws and said the government will not take any step against their interests.

Trudeau had expressed concern about the farmers' protest in India against three farm laws.

Speaking during a Facebook video interaction organised by a Canadian MP to mark Gurupurab or the 551st birth anniversary of Guru Nanak, Trudeau had said Canada will always be there to defend the right of peaceful protest.

India had also called the remarks by foreign politicians on protests by farmers as "ill-informed" and "unwarranted" saying that the issue pertains to internal affairs of the country.