Poverty in India: Measurement and eradication 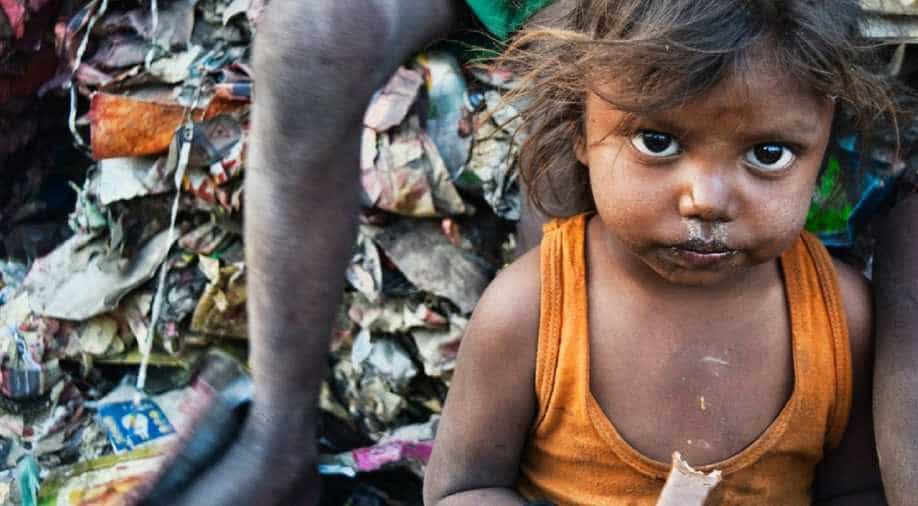 Failure to create an adequate number of decent livelihoods is the root cause of poverty. Photograph:( Others )

Amidst the excitement and controversy over demonetisation and GST, and the earlier noise over flagship policies such as Make in India, an urgent issue has slipped through the cracks. That issue is, the extent of poverty in India, and what to do about it. India’s poor performance on the recently published Global Hunger Index has been in the news last week.

This, taken together with the occasion of International Day for the Eradication of Poverty (October 17), is a good time to take stock of what is going on with poverty. The poverty issue has been overshadowed in recent years by the jobs issue. The two are related. Lack of decent jobs means lack of good incomes, which in turn means poverty. So in some ways, it is good that we are now talking about the root of the problem, the failure to create an adequate number of decent livelihoods. But this should not make us lose sight of the consumption side of poverty.

The first point worth noting is that reliable nationwide statistics on what economists call the poverty headcount ratio (the percentage of Indians spending less per day than the poverty line) are not available after 2011. This is because 2011-2012 is the last year that we have large sample consumption-expenditure data from surveys carried out by the National Sample Survey Organization.

In India poverty should be measured in terms of rupees spent only, or if there should be an attempt to analyse whether basic needs are being met.

As per this data 22   per cent of Indians lived in poverty in 2011, spending less than INR 27 per day in rural areas and less than INR 33 per day in urban areas. However, in 2009-2010 the NSSO also started experimenting with a different method of surveying people’s spending habits. This method gives a poverty rate of 12.4 per cent in 2011-2012. A 2015 World Bank report explains the differences in method.

So much for the headline statistics. Let us get into some more pertinent details. The poverty issue goes much beyond the poverty rate and the poverty line. India is not doing badly as far as a strict interpretation of poverty line goes. But as the Arjun Sengupta commission showed nearly ten years ago, if we look at those who spend just a little more than the official poverty line (still a very low level of consumption), that percentage can be very high.

The figure that caught the nation’s imagination was that 77 per cent of the population had a per capita daily consumption of INR 20 or less in 2005. The basic problem remains even today. Focusing only on the poverty line is dangerous because many people may hover right above it and they will not be any less poor in substantive terms than those just under it.

Second, there is a long-standing debate in India over whether poverty should be measured in terms of rupees spent only, or if there should be an attempt to analyse whether basic needs are being met. To those who have been paying to this debate, India’s dismal performance on the Global Hunger Index does not come as a surprise.

Many people are cutting down on food and spending on other things instead.

For some years now, we have known that merely measuring daily spending adjusted for inflation is not a good way to estimate poverty, especially when nutrition is taken into consideration. What has been happening is that people are spending more money in real terms but that money is going to non-food necessities such as healthcare, education, transportation, and other services.

To put it another way, incomes have risen slowly for the poor while the need to consume non-food items mentioned above has become more and more compelling. The result: many are cutting down on food and spending on other things instead.

This much is known, indeed too well known. The question, as always, is what can be done about it. Here two recent ideas are worth exploring. One from the employment side and one from the consumption side: wage subsidies and universal basic services.

Last week the BJP government in Gujarat announced an interesting policy measure as an electoral promise. In addition to promising investments of around INR 20,000 crore in the garment sector to create one lakh jobs it also promised to pay a sizeable portion of the wages of the newly hired workers for a period of five years.

I have discussed in an earlier column, the idea that the government can subsidise wages in the private sector in order to raise incomes or stimulate employment. It has also been discussed in the context of an extension of the current MGNREGA program. The bigger picture is if the government offers various forms of capital subsidies (like tax exemptions, land, lower interest rates etc.) why not wage subsidies?

Instead of giving people income grants and letting them purchase services in the market, the State should provide basic needs such as education, health, and housing free of cost.

The concept of universal basic services (UBS) has a long history but has recently been floated as an alternative to universal basic income (UBI) in developed countries. UBI has been discussed extensively in India as well (for e.g. see this year’s Economic Survey). The UBS proposal is that instead of giving people income grants and letting them purchase services in the market, the State should provide basic needs such as education, health, and housing free of cost. This is a generalisation of existing public provisioning via the Public Distribution System (PDS) and various other schemes.

Of course many will object to such a program seeing in it a return to the “bad only days” of socialism and fiscal irresponsibility. The problem is that the “good new days” have been good only for a minority and this does not seem to be changing. If we take a look at the budgets of not only the poor but as much as half of the population, we are likely to find that the above-mentioned items account for most of the spending.

Universal public health, education, and housing will go a long way in alleviating pressure on people’s budgets freeing up resources for better nutrition. Not only that it will give them much-needed room to take risks with employment, skill development as well as entrepreneurship. Further, provisioning of such services will create much-needed employment since these happen to be difficult to mechanise.

Overall the decline in poverty numbers till 2011 (and most likely these have declined further by now, though we don’t have data), suggests that it is the time we stopped worrying purely about expenditure-based poverty lines and focused instead on providing basic services and raising incomes at the bottom.