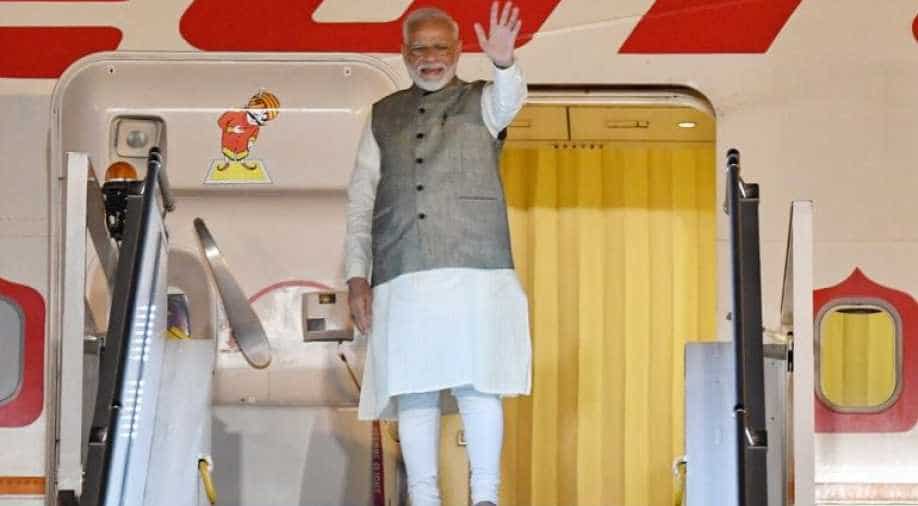 Prime Minister Narendra Modi, who is in Riyadh for a two-day visit, is scheduled to hold bilateral talks with King of Saudi Arabia, Salman bin Abdulaziz Al Saud, on Tuesday.

Prime Minister Narendra Modi's visit to Saudi Arabia heralds a new era in Indo-Saudi relations, Dr Ausaf Sayeed, India's ambassador to Saudi Arabia has said while adding that the visit will further bind the two nations in an even stronger strategic partnership.

"Modi's second visit to the Kingdom will set bilateral relations on a new upward trajectory and bind the two nations in an even stronger strategic partnership," he wrote in a column in Arab News dated October 28.

The Prime Minister landed in Saudi Arabia a short while ago. pic.twitter.com/l6WSNbsh7U

The ambassador said the most important outcome of the visit is expected to be the establishment of a Strategic Partnership Council (SPC) between the two countries.

Highlighting that New Delhi appreciates the Kingdom's vital role as a reliable source for India's long-term energy supplies, the ambassador said, "Both countries are keen to transform the buyer-seller relationship in this sector into a much broader strategic partnership based on mutual complementarity and interdependence."

The ambassador recalled that a trilateral partnership has been formed between Saudi Aramco, the Abu Dhabi National Oil Co. and a consortium of Indian oil majors with an aim to set up the world's largest greenfield refinery in Raigarh district on India's west coast.

The ambassador stressed that the two countries are exploring closer cooperation in defence industries and noted that there has been an increase in the participation of Saudi Armed Forces personnel in Indian military courses.

Sayeed said that the trade between the two countries is growing at a healthy rate of 24 per cent annually, there is potential to double the "non-oil component" to $20 billion in the next five years.

He lauded the role played by Indian Diaspora in strengthening relations between the two countries saying the contribution of 2.6-million-strong Indian diaspora to the Kingdom's development is widely "acknowledged and appreciated."

Prime Minister Narendra Modi, who is in Riyadh for a two-day visit, is scheduled to hold bilateral talks with King of Saudi Arabia, Salman bin Abdulaziz Al Saud, on Tuesday.

Prime Minister Modi arrived in Saudi Arabia on Monday at the invitation of the Saudi King. Upon his arrival at the King Khalid International Airport, Modi inspected a guard of honour.