People cast their vote in second round of Pakistan bypolls 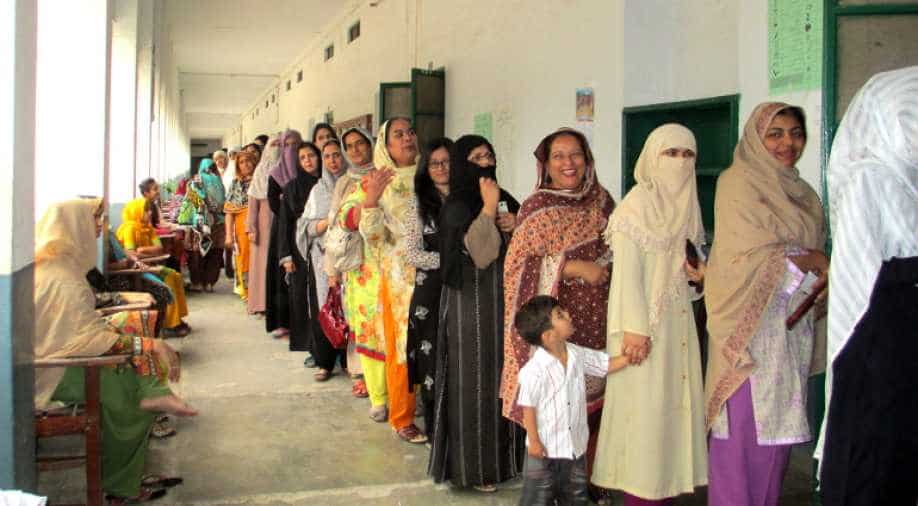 There are around 5,46,451 voters in the constituency where 240 polling stations have been set-up.

Polling for Pakistan's second round of by-elections in three national and provincial assembly constituencies in Karachi and Peshawar were underway amidst strict security.

A total of 858,866 voters are eligible to cast their ballots in the by-polls, which were necessitated after the candidates elected on them in the July 25 general elections tendered their resignations.

All three of the winners belonged to the Pakistan Tehreek-i-Insaf (PTI).

Arif Alvi, who was elected from NA-247, resigned after being elected the country's president. Imran Ismail, who had won from PS-111 (Karachi South), gave up his seat after being appointed as the Sindh governor, while Shah Farman resigned from PK-71 Peshawar after being named the governor of Khyber Pakhtunkhwa.

There are around 5,46,451 voters in the constituency where 240 polling stations have been set-up.

Heavy security arrangements were seen for the NA-247 by-election in Karachi. Hundreds of army and paramilitary personnel, and policemen were seen on duty around and inside the polling stations.

The first phase was held on October 14 for 11 National and 24 Provincial Assemblies where the ruling PTI and the opposition Pakistan Muslim League-Nawaz (PML-N) won most of the seats.