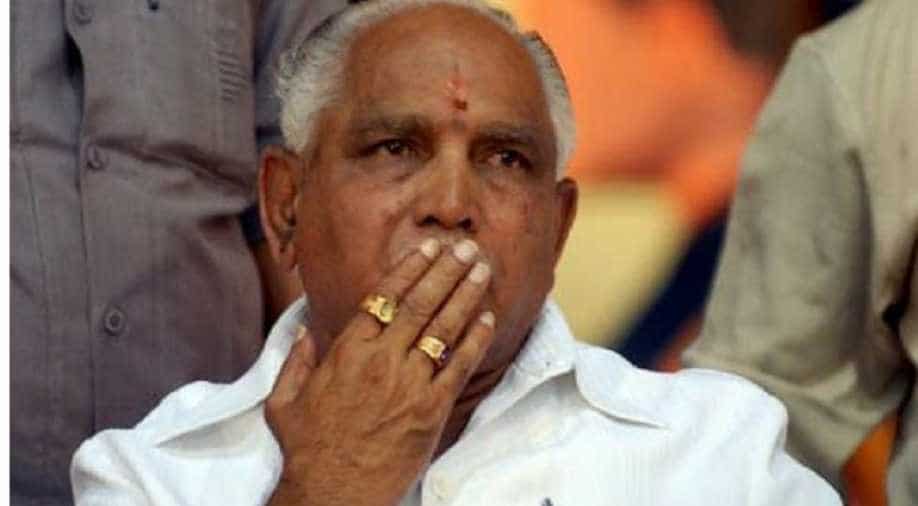 A political crisis is brewing in Karnataka, where two Independent MLAs Tuesday withdrew support to the seven-month-old ministry amid trading of poaching charges by the ruling coalition and BJP.

Karnataka BJP MLAs who are cooped up in a resort in Haryana will take a call on returning to the state after the Congress legislature party (CLP) meeting on Friday, according to sources.

State BJP President BS Yeddyurappa and former chief minister Jagadish Shettar are among a dozen legislators who have gone back to Bengaluru to see a prominent Lingayat seer, Sri Shivakumara Swamiji of Siddaganga Mutt in Tumkur, who has taken ill, they said.

The sources said that at present, about 75 BJP MLAs including Shobha Karandlaje are in the Gurgaon resort and will stay put till top party leaders give their nod to return to Karnataka.

The BJP will "wait and watch" for the outcome of the Congress legislature party meeting scheduled Friday to demonstrate unity among the party MLAs, they added.

"Congress Legislature Party meeting presided by CLP leader Siddaramaiah is scheduled for 3:30 pm on January 18 at the Conference Hall of Vidhana Soudha (state secretariat)," Siddaramaiah's office had said in a statement on Wednesday.

The meeting assumes significance following attempts by the Congress to reach out to its disgruntled MLAs, who are allegedly ready to jump ship to the BJP side.

According to Congress sources, few ministers from the party have even offered to step down in the larger interest and to keep the coalition intact. The party leadership is also looking into the option, they added.

There are reports that a few of the MLAs have gone incommunicado, with at least three to five of them camped in Mumbai along with a couple of BJP leaders

A political crisis is brewing in Karnataka, where two Independent MLAs Tuesday withdrew support to the seven-month-old ministry amid trading of poaching charges by the ruling coalition and BJP.

Union minister DV Sadananda Gowda had said on Tuesday that the BJP would stake claim to power in Karnataka if the Congress-JDS coalition government falls.

Chief Minister HD Kumaraswamy, however, reiterated he enjoyed the support of 120 MLAs and alleged that Yeddyurappa was making "futile attempts" to destabilise his government.