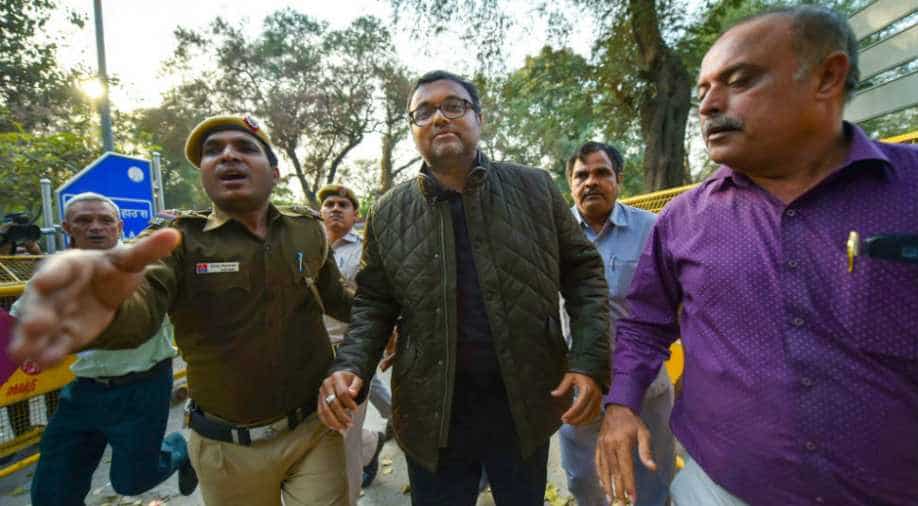 A Delhi Court on Monday sent Karti Chidambaram to judicial custody till March 24th for questioning in the INX Media alleged bribery case.

The court dismissed his plea for early hearing of his bail application.

Karti will be lodged in Tihar jail.

On his plea seeking separate cell and protection in Tihar Jail, the court said the jail manual would be followed and denied his request for home food in the jail.

Karti has already spent 12 days in police custody since his arrest.

The Central Bureau of Investigation (CBI) decided not to seek further remand for Chidambaram in the case and told the court to send him to judicial custody for 15 days.

Bhaskararaman, who handled all the business dealings and finance of Karti, was arrested by the Enforcement Directorate (ED) last month.

Karti was arrested on February 28 at the Chennai airport on his return from the UK, in connection with the FIR lodged on May 15 last year alleging irregularities in the Foreign Investment Promotion Board (FIPB) clearance to INX Media for receiving overseas funds to the tune of about Rs 305 crore in 2007 when his father was the Union finance minister.

The CBI alleged that Karti received Rs 10 lakh as bribe for the FIPB clearance.