IAF Airstrike: Rajyavardhan Singh Rathore takes a jibe at Sibal, asks him to go to Balakot to check 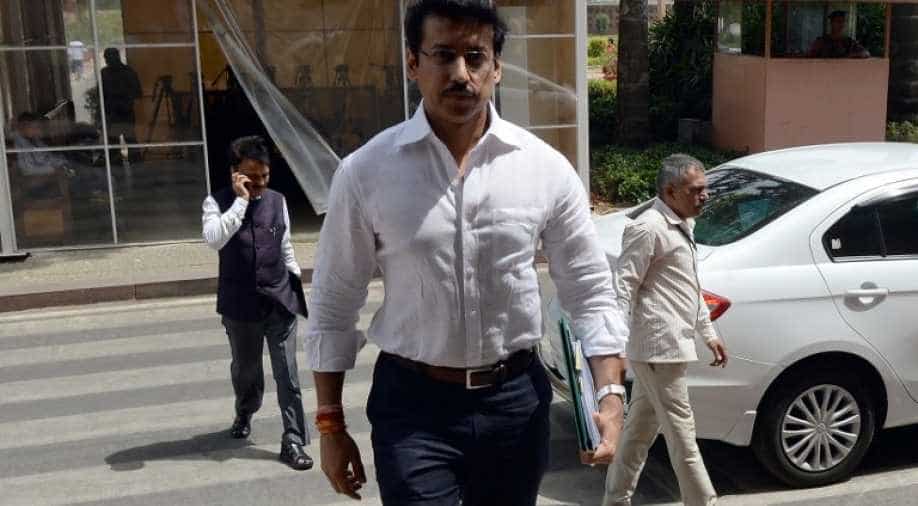 He was quoting a tweet of Sibal in which the Congress leader had accused Prime Minister Narendra Modi of politicising terror.

Hitting out at Congress leader Kapil Sibal for his remarks on the February 26 IAF strike, Union Minister Rajyavardhan Singh Rathore on Monday asked him to go to Balakot in Pakistan to check after the latter cited foreign media reports on "no losses" in the operation.

Amid the war of words between BJP and Congress on the air raid, Rathore tweeted, "You believe international media over own Intelligence agencies? You seem happy when media quoted by you says "no losses in the strike"?...and sir, for us you went to London to find evidence against EVMs, will you please also go to Balakot to check?"

He was quoting a tweet of Sibal in which the Congress leader had accused Prime Minister Narendra Modi of politicising terror.

Locking horns after Indian Air Force (IAF) Chief B S Dhanoa's remarks on Monday on the air strike, BJP had charged Congress with politicising the issue while the Opposition party sought the source of statements being made by BJP leaders with regards to the number of casualties at the Jaish-e-Mohammed camp in Balakot.

Addressing the media, Dhanoa had said fighter pilots had hit the target given to them, adding that he could not give the number of casualties suffered as it is for the government to clarify.

Earlier on Sunday, BJP chief Amit Shah, while addressing a rally in Ahmedabad, had claimed that 250 terrorists were killed in the air strike.

India carried out the operation 12 days after 40 CRPF personnel were killed when a JeM suicide bomber attacked their convoy in Pulwama.

Hours after the air raid on February 26, Foreign Secretary Vijay Gokhale had told the media that IAF fighter planes hit the largest militant camp of JeM at Balakot in Khyber Pakhtunkhwa province of Pakistan, eliminating a large number of Jaish terrorists and training commanders.