Have been dying for seven years: Nirbhaya's mother on kin of convicts seeking euthanasia 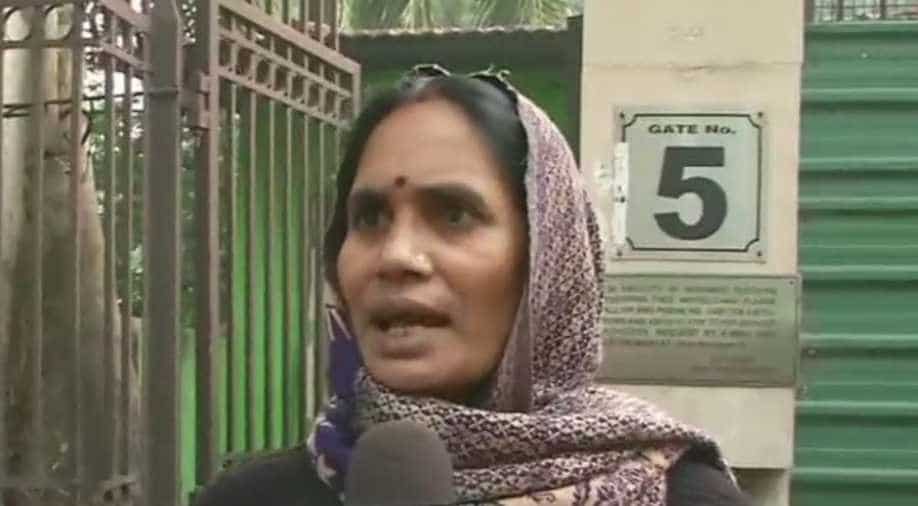 A day after the family members of the four death row convicts in Nirbhya gangrape and murder case sought the President's permission for euthanasia, Asha Devi, the mother of the victim, appealed for justice saying she has also been suffering for the past seven years.

"I would also want to appeal to the President to help me get justice for my daughter as well. People know me and my children by the name of Nirbhaya. I have also been dying for the last seven years," Asha Devi told ANI on Monday.

She said that she had to cope with people's taunts about how she created a drama in these last seven years.

"I have to listen to all the things and taunts of the people say. People say I am creating a drama. I want to tell the whole country that if there someone who has been a victim to a crime and her/his family is demanding justice, and if this is a drama then I want to say that yes I am creating a drama," she said.

"The whole country should indulge in the drama in order to ensure justice is served to our girls," she added. However, she expressed optimism that the convicts will now be hanged to death on schedule, March 20, without further postponing the execution.

"There is no fear because all the courts know how these dates have been postponed. Execution dates used to get postponed because they had remedies available. But now, neither of the convicts has any mercy plea left," Asha Devi said.

A 23-year-old paramedic student, referred to as Nirbhaya, was brutally gang-raped and assaulted by six men in a moving bus in Delhi in December 2012 and was thrown out on the road. She succumbed to her injuries at a Singapore hospital on December 29, 2012.

Ram Singh, one of the six accused in the case, allegedly committed suicide in Delhi's Tihar Jail. A juvenile convict was released from a reformation home after serving a three-year term.

In 2017, the Supreme Court upheld the capital punishment awarded to the remaining four by the Delhi High Court and the trial court. Since then, the death row convicts have taken several legal recourse to have their punishment mitigated.

"I only have faith in the Supreme Court now that whatever decision will be made, will be in our favour and in the country's favour as well because this is not about justice for Nirbhaya, it is about justice and safety for all the girls in the country," she added.