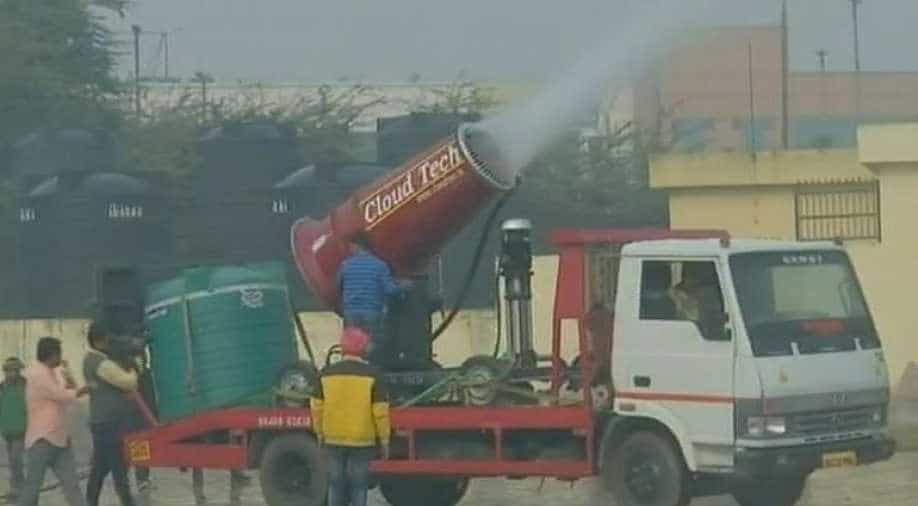 PM 2.5 and PM 10 levels continued to rise after the gun was thrown into battle. Photograph:( ANI )

Delhi's much-talked about "anti-smog gun" failed to do very much.

The gun was rolled out and "atomised water" water fired from it at Anand Vihar ISBT on Wednesday but PTI reported that PM 2.5 and PM 10 levels continued to rise.

The gun was thrown into battle around 10 am.

The 24-hour prescribed limits of the ultra-fine pollutants, which trigger respiratory and cardiovascular issues, are 60 and 100 respectively.

The anti-smog gun is attached to a water tanker, and shoots out tiny droplets of water -- atomised water -- as high as 50 metres.

It is hoped tiny pollutants (like PM 2.5 and 10) will then stick to the droplets and fall back to the ground, cleaning out the air somewhat like rain does.

Delhi Environment Minister Imran Hussain was at the trial.

He said the government would take a call on whether to use the gun elsewhere in the city after monitoring data collected by a Delhi Pollution Control Committee team.