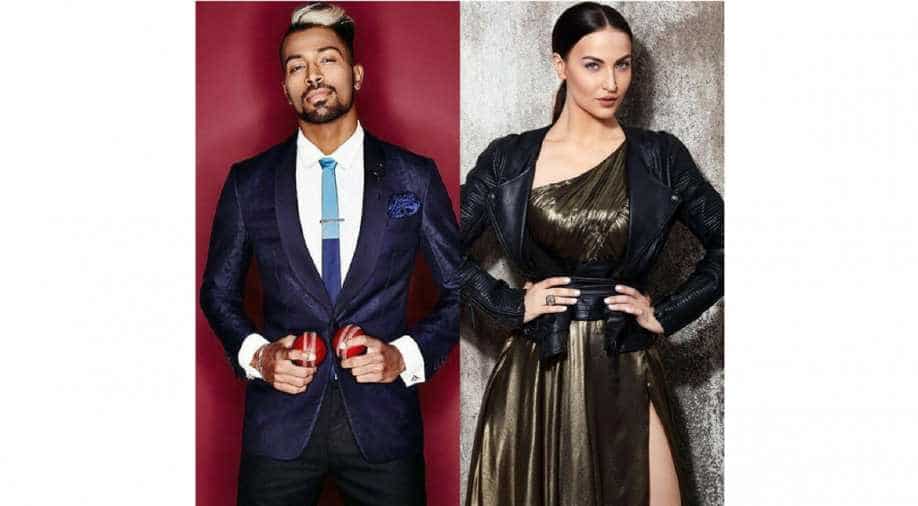 There is a new couple in town, guys!

Something is brewing between Indian all-rounder Hardik Pandya and Bollywood actress Elli AvrRam, even if they do not want to admit it. The rumored couple was spotted on Sunday in Bandra but Elli chose to hide her face when she spotted the media.

They both arrived in separate cars and carefully avoided being photographed together. In the pictures which are being viral on the social network,  Elli is seen casually dressed, sitting in her car while Hardik has been photographed driving his car. While Hardik gave the paparazzi a hard stare, Elli was seen covering her face, shying away from the camera flashes. The couple was clicked outside a popular salon in Bandra.

This is not the first time that the two have been spotted together. Just last week,  Elli had dropped in on the sets in Filmistan Studio in Goregaon where Hardik was shooting for an advertisement.

Elli AvrRam, a Swedish actress, debuted on Indian television with Salman Khan's Bigg Boss 7. Her first Bollywood film was opposite Manish Paul in 2013's Mickey Virus. She has also featured in films like Kis Kisko Pyaar Karoon and Naam Shabana. Her upcoming projects are the Telugu and Tamil remakes of Kangana Ranaut's Queen.The Indian cricketer has been roped in by the Gulf Oil as a brand Ambassador and is busy with the ad assignment for the same.  Elli had even flown all the way to South Africa to join Pandya on his tour

When she was asked about her alleged affair with Hardik recently, Elli has said, “Let them [people] be curious in life. Why do I need to clarify anything? By talking about these rumors, I’d just be giving more fodder for gossip [material]. Anyway, so many wrong things have been written over the years but I’ve never gone out and clarified [them].  People have such strong mentality that no matter what I say [about Hardik], they will be like, ‘Oh, she is lying. We know the truth. She is hiding something’", the actress concluded.

Are Elli and Hardik ready to go public with their love affair? Your guess is as good as ours.