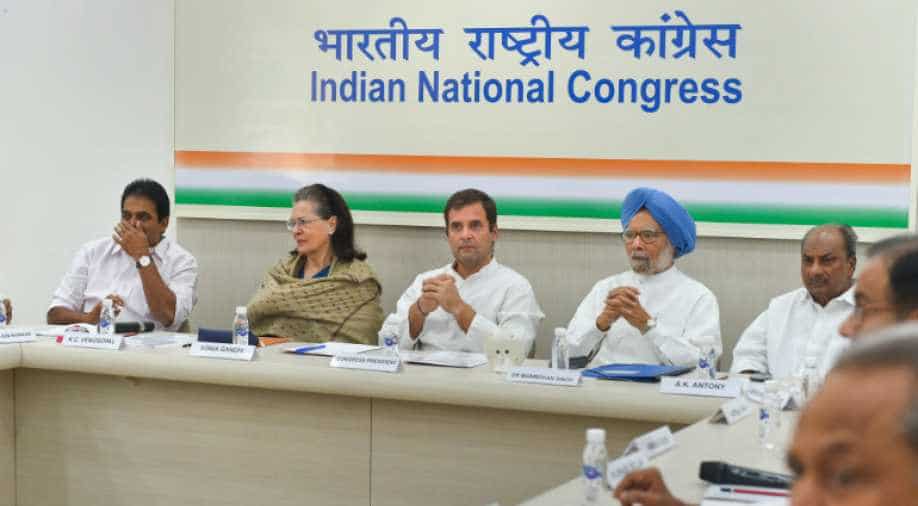 Opposition parties will meet on January 13 in Parliament Annexe to discuss the current political situation and incident of violence against students.

A meeting of the Congress Working Committee (CWC) meeting will be held on January 11 to discuss the current political situation in the country.

Party sources said the meeting will be held at AICC headquarters in Delhi.

Following this Congress has called a meeting of the Opposition parties on January 13.

Opposition parties will meet on January 13 in Parliament Annexe to discuss the current political situation and incident of violence against students.

The opposition parties are meeting for a joint strategy on the issue of Anti-CAA protests and alleged police brutality against the students.

Ahead of the opposition meet, the CWC is meeting on Saturday on the same issues of interest against Citizenship Amendment Act (CAA).

The party has already supported the protest and showed solidarity with the demonstrations which is being spearheaded by student bodies.

Sources say that Congress will come up with a detailed plan on this issue and a statement regarding ongoing unrest in the country and high handedness of the government.

The party chief ministers are likely to oppose officially the present format of NPR but the final resolution will depend on CWC.

The Congress interim president Sonia Gandhi has already condemned the violence and has sent a fact-finding team to the JNU.

Sonia Gandhi in her statement had demanded a judicial enquiry into the JNU violence which took place on Sunday. She had said that the entire party stands in solidarity with the students.