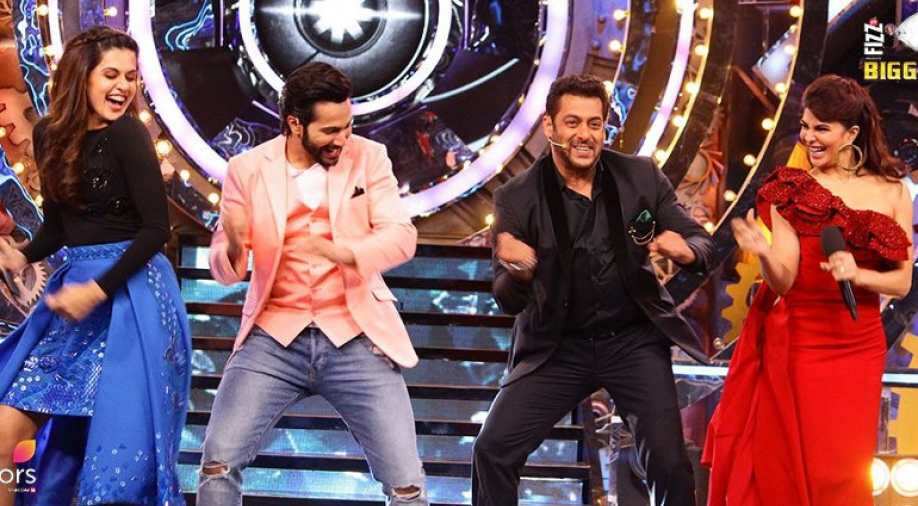 The 11th season of "Bigg Boss" opened its doors yesterday with an eclectic mix of contestants who will battle to survive in the house for over 100 days.

The first episode, which aired on Sunday evening, was hosted by actor Salman Khan who has hosted the previous six series of the popular reality show.

Actor Varun Dhawan, who plays the lead actor in the remake of the film "Judwaa" that starred Salman, shared screen space with the "Bigg Boss" host. The two danced to the beats of the popular number "Tan Tana Tan" from the film. They were later joined by their co-stars from the film Jacqueline Fernandes and Taaapsee Pannu.

.@beingsalmankhan truly winning hearts with his version of #BB11! RT if you love his performance! #BiggBoss11WithSalman pic.twitter.com/Trk28e2eEi

The #Judwaa2 ladies are back! @beingsalmankhan shakes a leg with the awesome trio! #BiggBoss11 #BiggBoss11WithSalman pic.twitter.com/r4DzqdSWqB

The contestants are divided as gharvale (people of the house) and padosi (neighbours).

The house of the controversial yet popular reality show has pop art as its theme with lots of mirrors and monochrome composition. Located at picturesque Lonavala near Mumbai, it has been designed by director Omung Kumar along with his wife Vanita.

Before entering the house, Hiten and his wife, actress Gauri Pradhan performed to the song "Prem Ratan Dhan Paayo" from the film of the same name.

.@beingsalmankhan has to taste the different achaar and guess the name! Will he win the challenge? #BiggBoss11 pic.twitter.com/5fMeMYx40B

This year, the fights have begun right from the premiere episode of the show. The first friction of this season took place between two celebrity contestants, TV actress Shilpa Shinde and producer Vikas Gupta, reported Bollywood life.