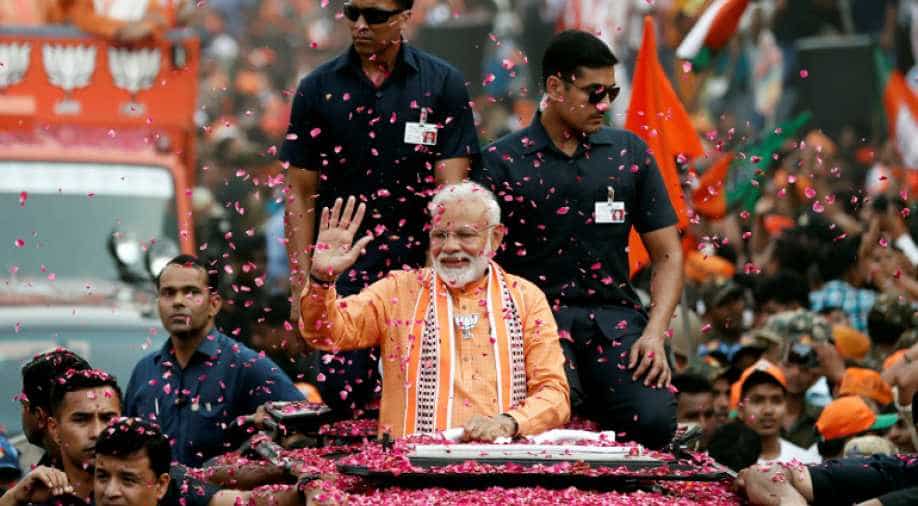 The Prime Minister also dismissed speculation that the BJP and NDA will need partners to form a government after the results are announced on May 23.

Prime Minister Narendra Modi has said that the BJP will win the 2019 Lok Sabha elections with an even bigger margin than 2014.

"I assure you that the BJP is again going to form the government with an absolute majority. All the NDA constituents will emerge victorious with even bigger margins than 2014 Lok Sabha polls. The new government will be strong, and the work we have done in the last five years will speak for itself," PM Modi told WION Editor-in-Chief Sudhir Chaudhary.

The Prime Minister also dismissed speculation that the BJP and NDA will need partners to form a government after the results are announced on May 23.

"I don't know what our opponents are thinking, they have full right to dream. But I have confidence that the people have decided to give more votes to the BJP. All the NDA constituents will also get more votes," he added.

The BJP won the Lok Sabha polls in 2014, capturing 283 of the 543 seats. A Narendra Modi wave catapulted the BJP to power after 10 long years in the opposition.

This was only the second time in Independent India that an Opposition party came to power in such a manner, the earlier being the 1977 election that was held after the infamous Emergency era that brought the Janata Party to power.

The BJP came to power in 2014 for the fourth time since it was founded in 1980 after the split in the Janata Party. Its first government in 1996 lasted for merely 13 days and was dubbed 13-day wonder by the Congress.

In 1998, the next government of the BJP via the NDA route lasted 13 months while in 1999 it again came to power leading the NDA in the backdrop of the Kargil conflict with the then Prime Minister Atal Bihari Vajpayee projecting it as a victory over Pakistan. The largest number of 182 seats was won by BJP in this election.

In stark contrast, the fortunes reversed for the Congress in an unprecedented way as it saw the party's kitty dwindle from a record 415 to just 45 seats.

This year, India is witnessing a seven-phased Lok Sabha election which will end on May 19. The results will be declared on May 23.