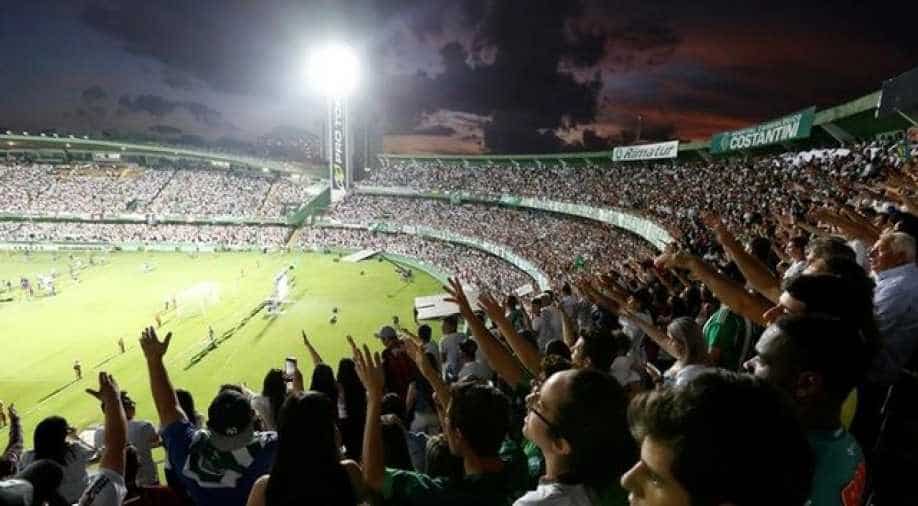 Fans gather at the Couto Pereira stadium during a symbolic event to remember the Chapecoense soccer team who died in a plane crash in Colombia. Photograph:( Reuters )

Barcelona have invited Chapecoense to play in a friendly at the Nou Camp next August as a tribute to the victims of the air crash that all but wiped out the Brazilian team last month, the Spanish champions announced on Thursday.

"FC Barcelona want to pay homage to the 71 people that died in the accident and to their families so it is working on making the 2017 edition of the Joan Gamper Trophy a homage on behalf of the world of football to all of them," said a club statement.

"With this invitation to Chapecoense, Barcelona wants to collaborate with the institutional and sporting restructuring of the club to help it recover the competitive level it had."

The Joan Gamper Trophy is Barcelona's traditional curtain raiser, taking place each year at the Nou Camp a week before the start of the La Liga season between Barca and an invited team. Sampdoria were Barca's opponents in the 2016 edition.

Nineteen Chapecoense players were killed in the plane crash in Colombia on Nov. 28 as the team were travelling to the first leg of the final of the Copa Sudamericana against Atletico Nacional, along with directors and their coaching staff and journalists.