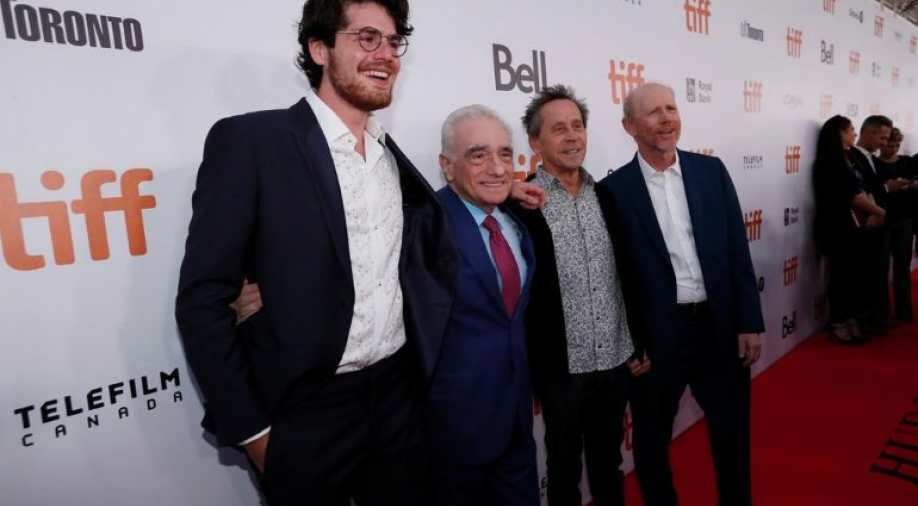 The film follows The Band from the first songs Robertson wrote for Hawkins at 15, through alcoholism, heroin addiction and conflicts en route to becoming one of the most influential bands in rock music history, and its eventual breakup.

The Toronto International Film Festival opened on a decidedly Canadian note on Thursday with a documentary about influential rockers The Band kicking off 10 days of movies vying for attention in the upcoming Hollywood awards season.

'Once Were Brothers: Robbie Robertson and The Band,' tells the story of the Canadian songwriter and guitarist from his early years backing Ronnie Hawkins with future members of The Band and their mid-1960s stint backing Bob Dylan as the folk legend made his controversial transition to electrified rock.

The film follows The Band from the first songs Robertson wrote for Hawkins at 15, through alcoholism, heroin addiction and conflicts en route to becoming one of the most influential bands in rock music history, and its eventual breakup.

"We were of a generation where music was the voice of that generation," Robertson told reporters in Toronto on Thursday. "Everybody gathered around that voice. And so you felt a responsibility to talk about something, to tell a story about something that had a deeper meaning to it."

The first Canadian documentary to open the Toronto festival in its 44-year history, the movie was inspired by Robertson`s 2016 memoir, 'Testimony,' and directed by Toronto-born Daniel Roher.

"What I learned and spent a lot of time focusing on while I was making this film is just this idea that life is what you make of it," Roher said on the red carpet on Thursday.

"You don`t go out and discover who you are, you sort of invent who you are and that`s what Robbie Robertson`s life experience really speaks to."

The documentary is one of 245 films being shown at Toronto, many of whom are already generating Oscar buzz, including the 'The Goldfinch,' 'Judy' and 'A Beautiful Day in the Neighborhood.'

The Toronto festival is known for bringing early attention to movies that go on to win top awards, including past Oscar best picture winners 'Green Book,' '12 Years a Slave,' and 'Slumdog Millionaire.'

Fresh from rave reviews in Venice, Phoenix will walk the red carpet for the dark comic book origin story 'Joker,' and also receive a career award, along with Streep and New Zealand`s Taika Waititi, the writer-director behind World War Two satire 'Jojo Rabbit.'

Hanks brings the world premiere of 'A Beautiful Day in the Neighborhood' about the late, beloved US children`s TV show host Mister Rogers, while Kidman stars in the adaptation of Donna Tartt`s best-selling 2013 novel 'The Goldfinch.'

Zellweger takes on-screen and singing legend Judy Garland in 'Judy,' a biopic set around some of her last performances in 1968 in London.