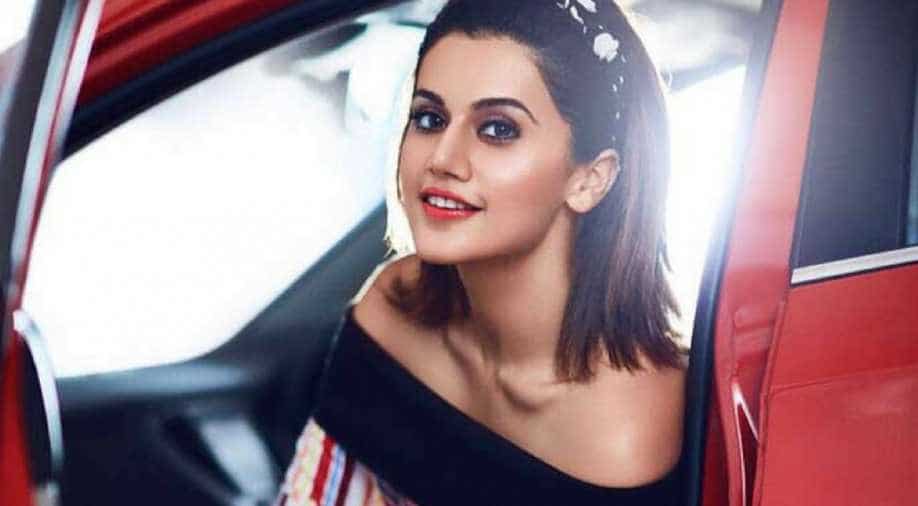 Not only did Pannu give a fitting reply to a troll but also made many learn a new word.

Known to speak her mind, Taapsee Pannu had the best response for a sleazy tweet that was targetted at her.

On Tuesday, someone tweeted to the actress he was in love with her body parts. Pannu was quick to respond to the tweet with a witty reply. The actress wrote, “Wow! I like them too. BTW which is your favourite? Mine is the cerebrum.”

Wow! I like them too. BTW which is your favourite ? Mine is the cerebrum. https://t.co/3k8YDbAL64

The response quickly shut the fan from tweeting further and lead to loud cheering from the rest of Twitterati for the actress.

Contender for comeback of the year. pic.twitter.com/MYfz8XyKJV

What's funnier is that Taapsee's reply also led to a surge in Google Trends for the word 'cerebrum'.

You actually caused a surge in @GoogleIndia 's search trend last night and today ( after your tweet at 9 pm ) for 'cerebrum' looks like Mr Pandey and his friends were busy trying to figure out what it meant pic.twitter.com/QtHrFKY4ZB

Pannu who was last seen 'Manmarziyaan' will next be seen in Sujoy Ghosh's 'Badla' and Prakash Raj's directorial 'Tadka'.