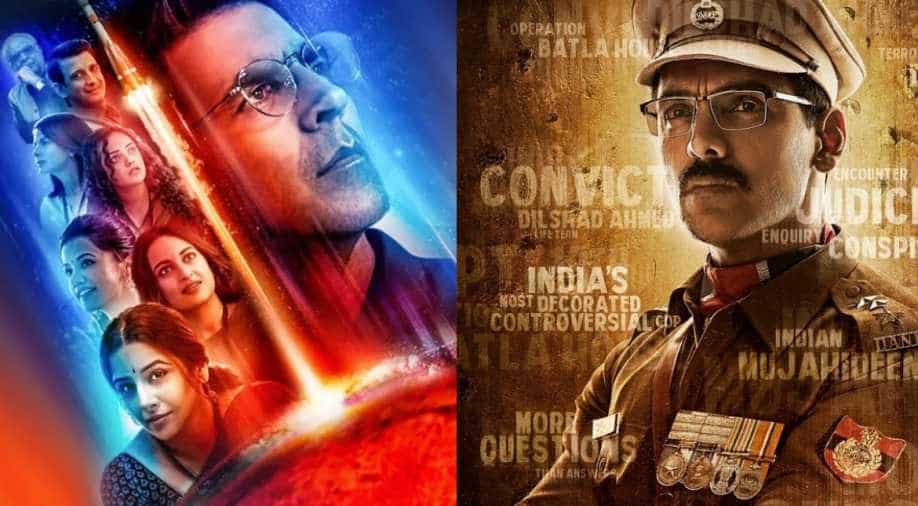 As John Abraham and Akshay Kumar gear up to lock horns this Independence Day, John had something very interesting to say about their filmy clash. Giving a call back to his famous song with Akshay in a film they did together, he said, "Make some noise for the desi boys" from the film ‘Desi Boyz’.

He then added, "Honestly, if there was a controversy, I would have loved to create it, but Akshay and I are very dear friends, we really get along. In fact, just the other day we texted each other. There is absolutely nothing there. We are just releasing two films on the same day." See trailer of 'Batla House' here.

The fight is not just between these two but even Prabhas starrer ‘Saaho’ will come out on the same day. On the choice that the audience has to make, John said, "There is enough space. We are giving the audience a lot of options to choose from. I can say that my film is good and I hope the other two films are good too."

John and Akshay have a long-standing friendship and have done several films together like ‘Garam Masala’, ‘desi Boyz’, ‘Housefull 2’ and then Dishoom’.

John also spoke about the makers choosing to release a film on a particular holiday as he said, "I think a holiday always gives you a bigger opening and I think it is very important to release a film on a good day. You can release it on a vanilla weekend also but it depends on the genre. Our release is very specific to independence day. It's a great day for us. We are releasing Batla House this year, we may release another sequel of mine next Independence Day."

When asked if he is concerned about the division of business between the three films, he said, "It doesn't concern me about the other two films but it concerns me about my film. We have done the math and we still want to release on this day. More importantly, it is not overconfidence. I have a lot of respect for every other film, I am very confident that Nikhil has made a fantastic film. So, we are coming on a good day."

The three films reek of patriotism and will hit the theatres on August 15. While John’s film is inspired by the real Batla House encounter that took place almost a decade ago on September 19, 2008; Akshay’s film is also based on true events of the Indian Space Research Organisation (ISRO) successfully launching the Mars Orbiter Mission (Mangalyaan), making it the least expensive mission to Mars. Also read how ISRO responded to Akshay Kumar's teaser post.

Prabhas starrer `Saaho` will also be the first time since ‘Baahubali’ that the actor will come out in a big way to woo the audience.