'Batla House' trailer: John Abraham plays a tough cop in a film based on real incident 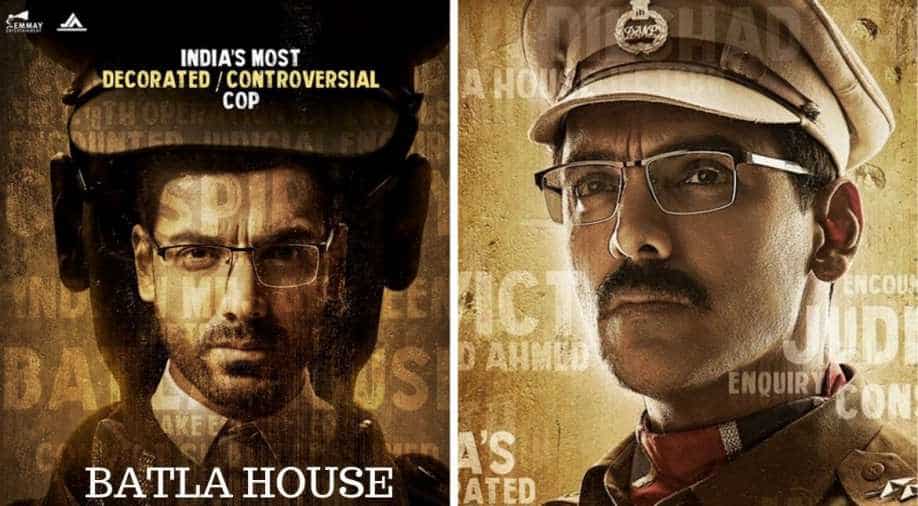 The film is a recreation of the Batla House encounter and immediately proceeds to the aftermath.

John Abraham has in the recent past become synonymous to nationalistic films. He has been part of films like 'Madras Cafe', 'Parmanu' and 'RAW'- all have had him playing a national hero. His upcoming film 'Batla House' also has him playing an encounter specialist.

The trailer was released on Wednesday and has John playing a tough cop. The film is a recreation of the Batla House encounter and immediately proceeds to the aftermath. Fans can catch a glimpse of John essaying the role of a decorated cop and wearing his bulletproof jacket, and watch as his teammates ruthlessly firing down suspects.

The trailer at one point tags the film as `Inspired by true events, Labelled as untrue.` The trailer is a fictional depiction of the events that took place during the day of the encounter and the widespread criticism that followed after the encounter.

John`s character in the film faces a lot of criticism over the encounter but this does not stop him from investigating the matter deeply. At one point of time in the trailer, the actor even gets conferred with a medal for his work.

John plays the role of Sanjeev Kumar in the film, the person who led the Batla House encounter in September 2008.

The trailer also gives a glimpse of Mrunal Thakur who will be seen essaying the role of John`s wife in the film.Nora Fatehi can be seen performing a special dance number in the film.

John shared the official trailer on his Twitter handle and wrote, "Was the nation prejudiced or was it really a fake encounter? The questions will finally be answered. Batla House trailer out now."

The film which is inspired from the real operation took place against Indian Mujahideen (IM) terrorists in Batla House locality in Jamia Nagar, Delhi.

As the tagline of the film suggests " The story of India`s most decorated/controversial cop", the case was about one person Sanjeev Kumar who led the operation and had 70 encounters, a record of 22 convictions from 30 cases and nine Gallantry awards.

The film helmed by Nikkhil Advani, written by Ritesh Shah will hit the big screens on August 15.