Why we dream about past loves 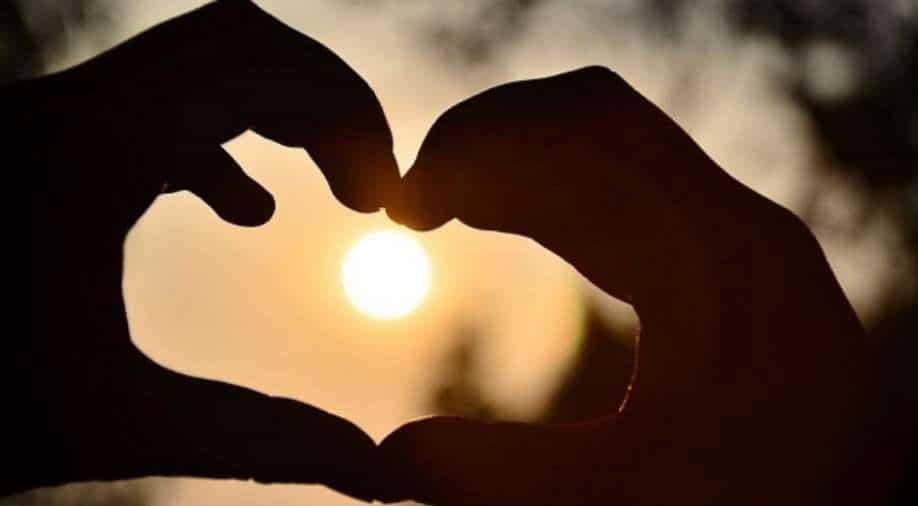 A representative image of dreaming of a loved one. Photograph:( Twitter )

The good news for chronic analysers: An intense dream about a person you cared about months or even decades ago doesn’t mean you’re secretly pining for them.

If you’ve slept, perchance you have dreamed about an ex and woken up wondering, “What was that all about?”

The good news for chronic analysers: An intense dream about a person you cared about months or even decades ago doesn’t mean you’re secretly pining for them. Deirdre Barrett, a dream researcher at Harvard University and author of “Pandemic Dreams” and “The Committee of Sleep,” who has a doctorate in clinical psychology, said a number of factors can spark a dream about an ex-partner.

“Triggers can include an anniversary of a death or a breakup or a divorce decree,” she said. “But dreams can also be a reaction to how we feel about our present relationships.”

Instead of looking at dreams about exes as a sign of still being hung up on them or as a signal to look them up on social media, Barrett said to think of them as a chance to examine your current emotions and how you’re coping with them.

“The whole idea that we process deaths or breakups in an ‘all or nothing’ way is deceptive,” Barrett said. “Life is a continuous ‘getting over it.’ These things never fully disappear.”

Here, Barrett and another expert parse the takeaways from three such dreams. To protect the privacy of both parties, we are using first names only for the dreamers and not naming their exes.

Andrew, 47, had been divorced for three years when he had a dream about his ex-wife that stuck with him. At the time, Andrew, who is now in another relationship, had been considering reaching out to his ex, to whom he had been married for 10 years, to catch up.

In the dream, he was meeting his sister at his parents’ house for dinner, and they arrived to find his ex-wife in the backyard, sitting calmly at a picnic table. He and his family then went inside the house and looked through a window at his ex-wife.

Andrew said he woke up feeling like he had “dodged a bullet,” and later decided that contacting his ex would be a bad idea.

That Andrew’s dream provided enough insight to change his course of action, Barrett said, supports what is commonly known as continuity hypothesis: A theory that states that anxieties in our dreams may mirror the ones in our waking life.

“He said he’d been thinking it might be reasonable and even pleasant to start getting together with his ex occasionally,” she said. “But something in his dream made him abandon this plan.”

Ian Wallace, a psychologist in Inverness, Scotland, and author of “Decode Your Dreams: Unlock Your Unconscious and Transform Your Waking Life,” was struck by the placid imagery: the calm face of Andrew’s ex and the picnic table.

“The picnic table could symbolize that he now has the opportunity to make things easier and more pleasant for himself,” he said.

Five years after Zach, 31, broke up with his on-and-off girlfriend of three years in 2014 because of issues related to dating long-distance, he had a dream about them meeting at what Zach described as a “magic academy,” like the one in the TV series “The Magicians.”

The two were on a great lawn, and Zach heard an old phonograph playing what he said might have been a love song in the distance. He began to tap dance, hoping his ex-girlfriend would see him, but she had fallen asleep on a blanket.

Later, he was in a room inside the academy. “All of the rooms are locked by a magical spell that can only be broken by the occupant of the room,” Zach said. When he heard a knock on the door, he opened it to find his ex-girlfriend there.

Zach, who is in another relationship, said he rarely dreams about his ex-girlfriend and that he woke up wishing that he was at the magical academy.

According to Barrett, “each room being locked with a spell only its occupant can break” could be associated with the issues that Zach and his ex faced by dating long-distance. That Zach woke up wishing he was at the academy could suggest an openness to reconnecting. “I wouldn’t be amazed to see this dreamer give it” another chance, she said.

The dream’s mystical quality, Wallace said, suggests that Zach is seeking a perfect relationship. “In waking life, we can sometimes delude ourselves with magical thinking as we try to idealise a romantic relationship rather than engaging with practicalities,” he said.

Right around the start of the pandemic, Justy, 34, said she started having one or two dreams a month about her ex-husband, whom she divorced in 2014 after two years of marriage.

In one dream, Justy, who is currently single, arrived at a hotel in the area where her ex grew up. There, she discovered that he was getting married to someone else. Soon she was surrounded by his family and friends, who told her that they wished it was her and him getting married again. Then, Justy and her ex were somewhere else, alone. He was holding her and saying that he wanted to be with her.

Justy said the dream stayed with her because of how emotional it felt, despite the fact that she and her ex-husband no longer share romantic feelings.

“I think a big part of why these dreams started during the pandemic is there’s this nostalgia for when I was married,” she said. “I really liked where my life was at and where my career was going.”

The past two years have changed so much about our lives that past relationships may have an added appeal because new ones are harder to imagine, said Barrett. The dream may be more about a nostalgia for a time that her ex represents, rather than the person himself.

“Past relationships may have an added appeal as brand-new ones are harder to initiate right now” because of the pandemic, she said.