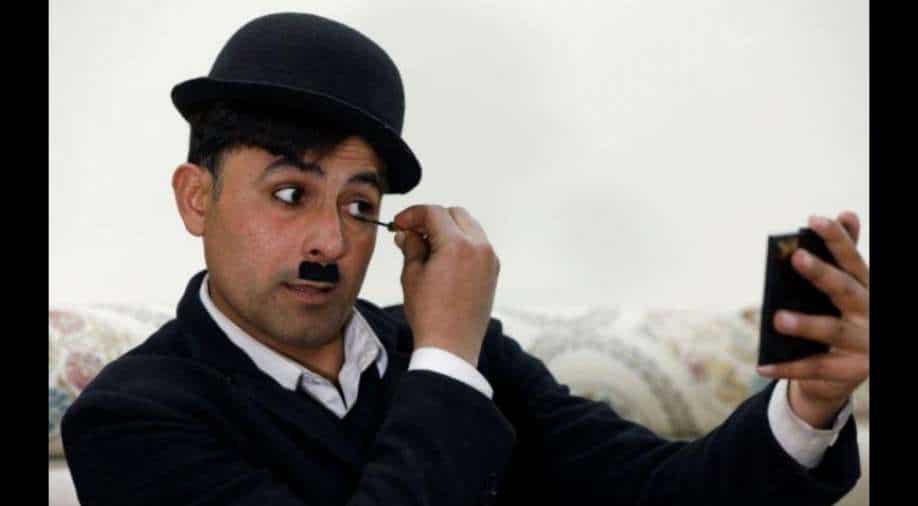 Usman Khan, 28, used to sell children’s toys from a roadside stand but during the COVID-19 pandemic has transformed himself into Charlie Chaplin, a century after the silent comedian was propelled to global fame with his slapstick antics.

In the bustling northern Pakistani city of Peshawar a man in bowtie, bowler hat and carrying a cane flamboyantly weaves through busy traffic, narrowly avoiding rickshaws, motorcycles and buses in a scene reminiscent of a 1920s silent film.

Usman Khan, 28, used to sell children’s toys from a roadside stand but during the COVID-19 pandemic has transformed himself into Charlie Chaplin, a century after the silent comedian was propelled to global fame with his slapstick antics.

“When the coronavirus was around, a lot of people were in real stress, some people gave up on life,” Khan told Reuters. “I was watching Charlie’s videos and thought, ‘Let me act like Charlie.’”

Khan dons the familiar costume of Chaplin’s “The Tramp” character, with fake moustache and a little eyeliner. He takes to the streets, often accompanied by friends filming him, hoping to bring a bit of cheer in dreary times.

His Chaplin visits a gym to interrupt a ping-pong match, attempting to hit the ball with his cane, and draws ire from shopkeepers as he upends their wares, coming close to landing himself in trouble, as his namesake often did in his films. But he also draws the laughter of children who gather round him after he poses on stairs in a local neighbourhood.

In just two months, he has gained more than 800,000 followers on the social media platform Tik Tok - people, he says, from around the globe who find his comedy a welcome respite from the pandemic and its lockdowns and social-distancing.

Khan hopes film and television producers will notice him as well - and says if he ever became wealthy he would share his earnings with the poor.

The act is also a brief escape for Khan, who - like the real-life Chaplin before he shot to fame in Hollywood - comes from an impoverished family. Hawking toys does not bring in enough to cover daily expenses, he says.

“When I leave my home, I shut the door on my own problems and look to bring happiness to others.”