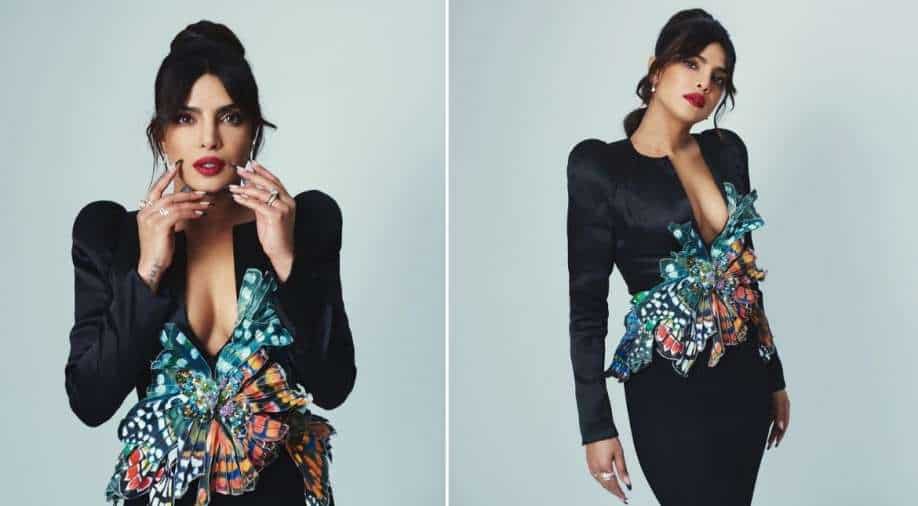 After being delayed from its annual February date, BAFTA 2021 is now being held from April 10 at the Royal Albert Hall in London.

The 74th British Academy of Film and Television Arts (BAFTA) Awards kickstarted from this Saturday and Priyanka Chopra is acting as one of the presenters for the cut-down event. After being delayed from its annual February date, the event is now being held from April 10 at the Royal Albert Hall in London.

Priyanka Chopra stunned in a black ensemble for BAFTA 2021 as she shared some snaps of her dress and captioned, “BAFTAs” with a butterfly emoji as her dress also has a large butterfly on the waist.

She also changed into another attire, this time a hot pink blazer with embroidery on it and white pants.

Earlier, when her name was announced as a presenter, the Twitter handle of BAFTA tweeted: "We're thrilled to announce that the presenters at the #EEBAFTAs will include @twhiddleston, @priyankachopra, @HackedOffHugh, @gugubatharaw and so many more! Tune in to see them all THIS SUNDAY at 7PM on @BBCOne."

On the work front, Priyanka Chopra will soon be seen in ‘Matrix 4’ with Keanu Reeves. Her film ‘The White Tiger’ is nominated in two categories at BAFTA -- best leading actor male for Adarsh and adapted screenplay for director Ramin Bahrani.