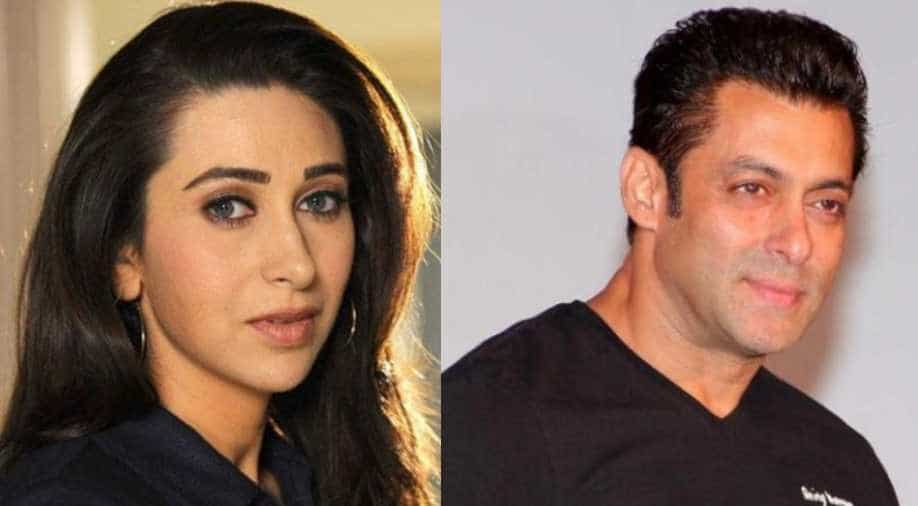 The two became one of the most-sought reel-life couples of Hindi films.

Karisma Kapoor's Instagram will take you down the memory lane as the actress shared a throwback picture on her feed with co-star Salman Khan from their 'Biwi No. 1' days.

The two became quite a couple of their time in Hindi films as they did several films together. Starring in 'Biwi No 1' as a married couple who go through several ups and downs as the husband cheats on wife. The film then shows how the woman brings her husband to his senses as she changes her attitude et al.

She captioned the image: “20 years of Biwi no 1 during the song “Hai Hai Mirch Uff Uff Mirchi” sharing a joke (and some secrets) with @beingsalmankhan. Memories forever @david.dhawan @bhagnani_vashu @poojafilms” The song Hai Hai Mirchi Uff Uff Mirchi was a huge hit back then."

The photo, got a lot of reaction from their celeb friends as they made heart emojis and became nostalgic. Fashion designer Manish Malhotra and actor Sohail Khan’s wife Seema shared heart emojis while Bhumi Pednekar called it her “Fav fav fav film”. Sushmita Sen, who played Salman’s girlfriend in the film, also shared a poster of the film on her Instagram story and captioned it, “Wow! Time flies.”

'Biwi No. 1' released in 1999. It was a romantic comedy directed by David Dhawan. Besides Salman, Karisma, and Sushmita, the film also featured Anil Kapoor and Tabu in pivotal roles.