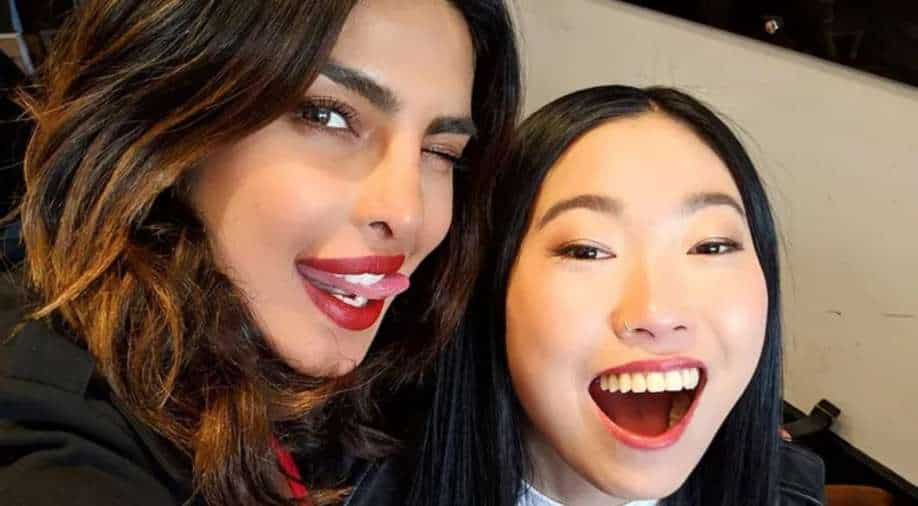 The cast of Marvel's first Asian superhero movie, 'Shang-Chi and the Legend of the Ten Rings', has been busy promoting the film in India--it is releasing on September 3 in Indian theatres. And during one such promotional interview, actress Awkwafina talked about her love for global star Priyanka Chopra Jonas.

Also read: 'Shang-Chi' star Simu Liu: I have always prided myself on being able to speak my mind

It so happened that Awkwafina, Priyanka Chopra Jonas, Sandra Oh and Michelle Yeoh had gone out for an outing in London, and when the interviewer asked them about the conversation they have had, this is what the Marvel star said:

"Oh, man! That night was so fun. I love all of those ladies and we were all... I mean, that was a very special night," the 33-year-old actress gushed before further recounting... And, honestly, I'd love to say that there was deep, awesome, like really deep, serious conversations, but really mostly we were just laughing, telling jokes, laughing, goofing around. It's just so much fun hanging out with every single one of them. So, really fun night and I love Priyanka."