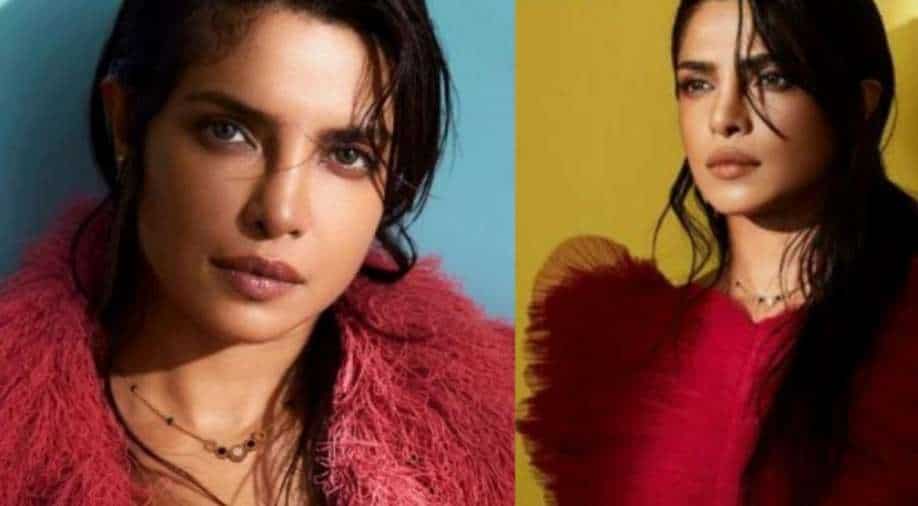 Luxury Roman jewellery brand Bvlgari launched its first mangalsutra, Indian jewellery that is sacred to married women of the subcontinent as part of the religious Hindu matrimonial ceremony. The brand launched the mangalsutra with Priyanka Chopra as its face.

Global star Priyanka Chopra recently starred in a photoshoot for luxury label Bvlgari and while she looks stunning as always, there's something else that caught our eye -- her mangalsutra.

The Indian jewellery mangalsutra is worn by married women as it is sacred to the Hindu matrimonial ceremony. The mangalsutra that Priyanka flaunts is none other than by luxury label Bvlgari.

The Roman jewellery brand known for its timeless designs launched its first ever mangalsutra that is set in 18ct yellow gold adorned with round black onyx inserts and pave diamonds.Keeping  up with the traditional essence of the jewellery, Bvlgari has given its contemporary take on the neck band that they feel would suit the aspirations of a modern Indian bride.

Speaking on the occasion of the launch, Mauro Di Roberto, Managing Director - Jewelry Business Unit at Bulgari, said, “Since we re-entered into India in 2014, we have been even more intrigued by the cultural traditions of India and inherent role of jewelry. It took us several years to design our interpretation of the Mangalsutra for the modern Indian woman, for whom this piece is often one of the most important pieces of jewelry she wears. While working hard to maintain its traditional appeal, we have worked closely with our team in India and Priyanka Chopra Jonas to ensure that it is resonates with the lifestyles of the modern bride today- that she can wear from morning to night, every day and everywhere, pairing it with ease with Indian as well as western wear.”

“Priyanka Chopra Jonas, our global Brand Ambassador very much embodies this spirit, she is the epitome of the modern-day global citizen, yet very much in touch with her roots and traditions” said Mauro Di Roberto speaking about the actor.