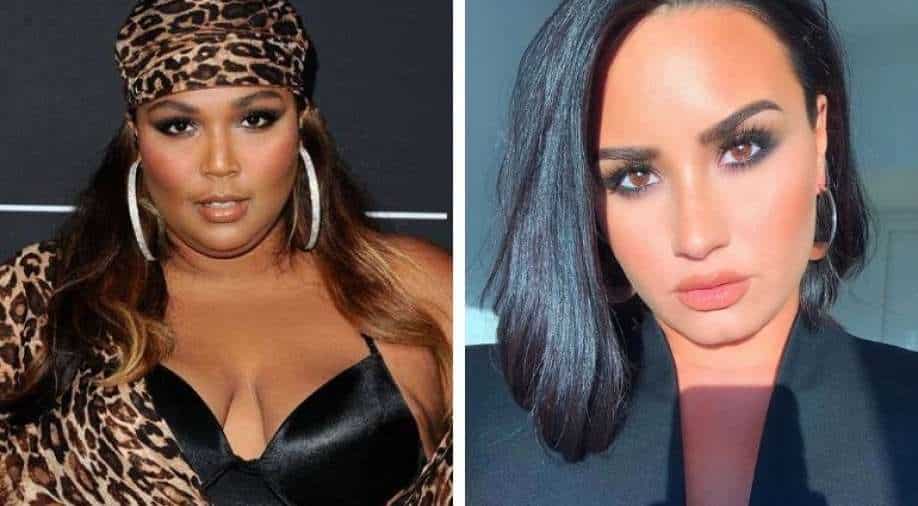 Netizens are praising Lizzo after she corrected the media for using the wrong pronouns for Demi Lovato. We all know, Lovato comes out as non-binary and revealed that they will be officially changing their pronouns to they/them.

In the viral video, the 33-year-old singer corrected a paparazzo who had misgendered Lovato. A video posted by a Lovato fan account shows Lizzo was asked if she would be performing with the Lovato at the upcoming Jazz Fest 2021 in New Orleans, where both stars are slated to perform.

"Do you have a message for Demi? Should she reach out?” the paparazzo asked. In response, Lizzo corrected and said, "They,". However, the paparazzo again made an error and asked Lizzo, "Has her team contacted your team?"

"Their team," she corrected quickly. "Demi goes by they."

“Demi goes by ‘they’” - Lizzo corrects a paparazzi after they misgendered Demi pic.twitter.com/p9PVff08PL

The video also caught Demi's eyes and she too responded and thanked her by calling Lizzo, 33, a "queen" They reshared the video on their Instagram Stories, writing in the caption, "@lizzobeeating you f------ queen I love you 😘" "thank you 🥺🙏," they added.

The singer first came out as non-binary on the first episode of their podcast 4D with Demi Lovato and changed pronouns from she/her to they/them.

"Over the past year-and-a-half, I've been doing some healing and self-reflective work. And through this work, I've had the revelation that I identify as non-binary. With that said, I'll be officially changing my pronouns to they/them," Lovato said.

"I feel that this best represents the fluidity I feel in my gender expression and allows me to feel most authentic and true to the person I both know I am, and am still discovering."