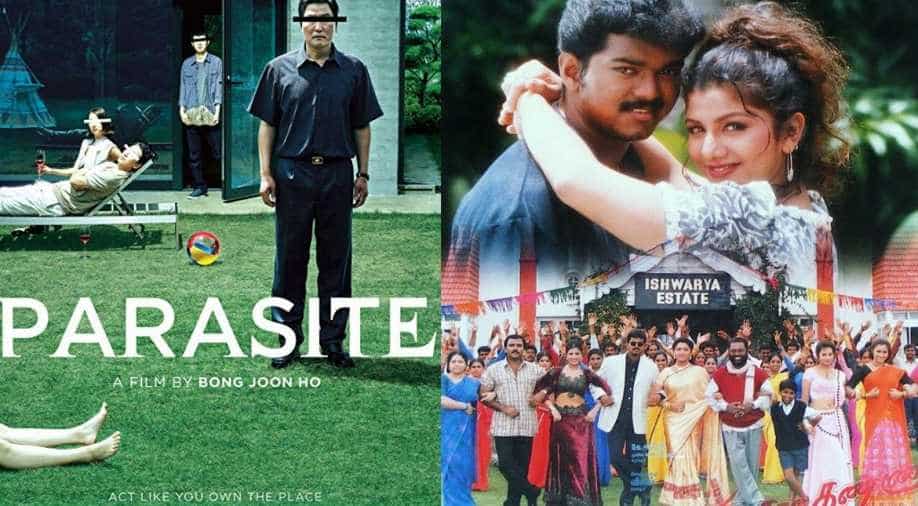 How exciting would it be if an Indian film ever gets to win the Best Picture Oscar? We are not being delusional but only voicing what the scores of people on social media think has happened after South Korean film ‘Parasite’ swept this year’s Oscars bagging Best Picture, Best Director, Original Screenplay and Best International Feature.

Soon after the news went viral, netizens in Indian started comparing notes and now many think that the director Bong Joon Ho was a little too close for inspiration from the 1999 Tamil film titled ‘Minsara Kanna’. Netizens are convinced that Bong was inspired by Indian director K. S. Ravikumar’s film.

The film starred Vijay and his fans want the actor to be given an Oscar!

Fight me on this but #Parasite is essentially a Korean version of Minsara Kanna. pic.twitter.com/R2v0msbXNF

But some also feel that a film on rich family-poor family divide has been a running theme in Indian cinema for the longest time. So some also pointed out that by that logic, ‘Parasite’ could have been copied from Govinda starrer ‘Hero No 1’ and Kamal Haasan’s ‘Kadhala Kadhala’. Read 'Parasite' film review here.

People who are claiming that #Parasite was copied from Minasara Kanna, should check Govinda's film Hero No.1. You can find similarities there too 🤣#Oscars

What do you think about this issue? Was ‘Parasite’ copied from some Indian film or is the theme of the film so generic that many other films would fall in that genre?