Disney unveils posters of iconic characters from 'The Lion King' 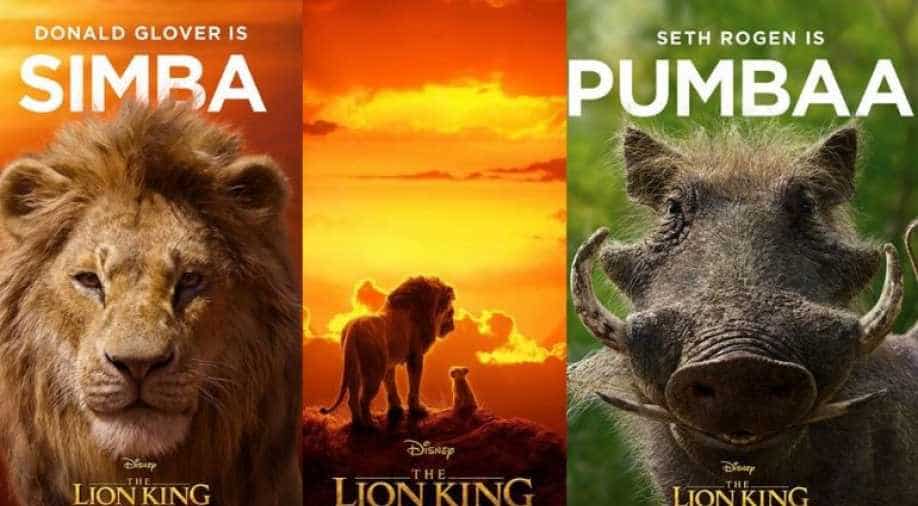 'The Lion King' will hit the theatres on July 19 and will release in English, Hindi, Tamil, and Telugu.

After the trailer release of the live-action remake of `The Lion King` in April, Disney has finally dropped the character posters of the film.

Film critic and trade analyst Taran Adarsh shared the posters on his Twitter handle."Disney unveils the character posters of #TheLionKing. A remake of the much-loved 1994 film of the same name. The 2019 version, directed by Jon Favreau, is slated for release on 19 July 2019. In #English, #Hindi, #Tamil and #Telugu," Taran tweeted.

Disney unveils the character posters of #TheLionKing... Remake of the much-loved 1994 film of the same name... The 2019 version, directed by Jon Favreau, is slated for release on 19 July 2019... In #English, #Hindi, #Tamil and #Telugu. pic.twitter.com/DsuuKVkpj7

The film will see Donald Glover lending his voice to the much-loved character of Simba. While Beyonce Knowles-Carter will dub for Nala. John Oliver will be heard as Zazu and Seth Rogen will lend his voice to Pumbaa.

The trailer of the film features our favourite characters in new avatars while keeping the essence of the classic alive. The trailer opens with a young Simba and Nala exploring the elephant graveyard, where they encounter a band of hyenas.

In the next scene, Mufasa can be seen imparting some political wisdom to his son Simba. Following this, the trailer features Simba's exile at the encouragement of his uncle.

From the trailer, it seems like the upcoming film is a shot-by-shot remake of the 1994 animated film. The trailer ends with Timon and Pumbaa merrily singing the classic `The Lion Sleeps Tonight`.

With the screenplay written by Jeff Nathanson and songs by legends like Elton John and Time Rice, the movie will be directed by Jon Favreau.

James Earl Jones, Chiwetel Ejiofor, Billy Eichner, and Alfre Woodard are also a part of the cast ensemble. The film will hit the theatres on July 19 and will release in English, Hindi, Tamil, and Telugu.