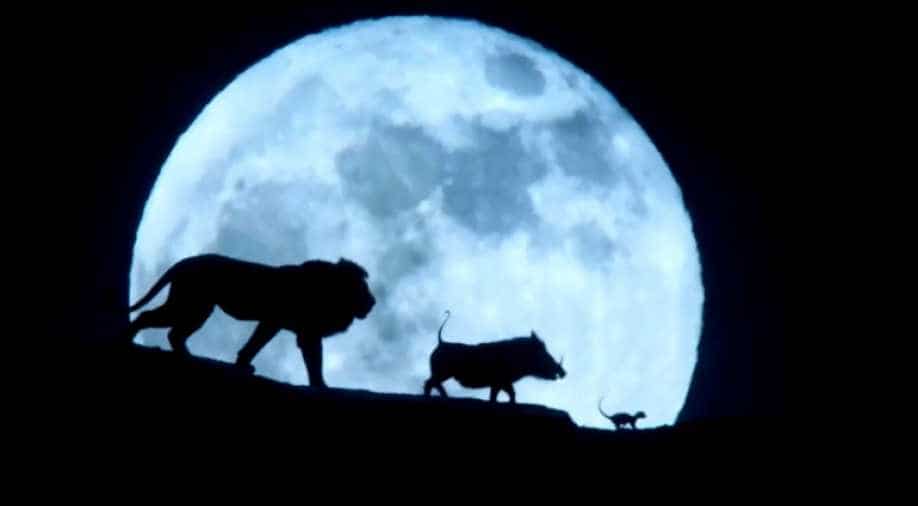 A still from the live-action film 'The Lion King'. (Image via Youtube screen grab/@Disney) Photograph:( Others )

Twenty years since the animated classic came into our lives, filmmaker Jon Favreau attempts to narrate the story in a live-action format.

We have all grown up watching and loving Disney's 'The Lion King'. Twenty years since the animated classic came into our lives, filmmaker Jon Favreau attempts to narrate the story in a live-action format.

Disney released the first full lenghth trailer of the film that gives a glimpse of Simba's life in the jungle and introduces us to other popular characters like Mufasa, Scar, Zazu and Pumbaa.

From the trailer it appears that Favreau remains true to the original story and the trailer highlights Simba's journey from a frightened, lost cub to an adult who finds his true indentity.


The trailer also hints at the blockbuster music which played a pivotal role in making the original a cult classic. Original score is by veteran Hanz Zimmer and Tim Rice and Elton have sung the songs. The film's trailer is likely to be attached to 'Avengers: Endgame' which hits the big screen worldwide on 26th April.

The cast includes Donald Glover as Simba, Beyonce as Nala, James Earl Jones reprising his role in the 1994 animated movie as Mufasa, and Chiwetel Ejiofor as his nemesis Scar.

'The Lion King' will be releasing on 19th  July worldwide.