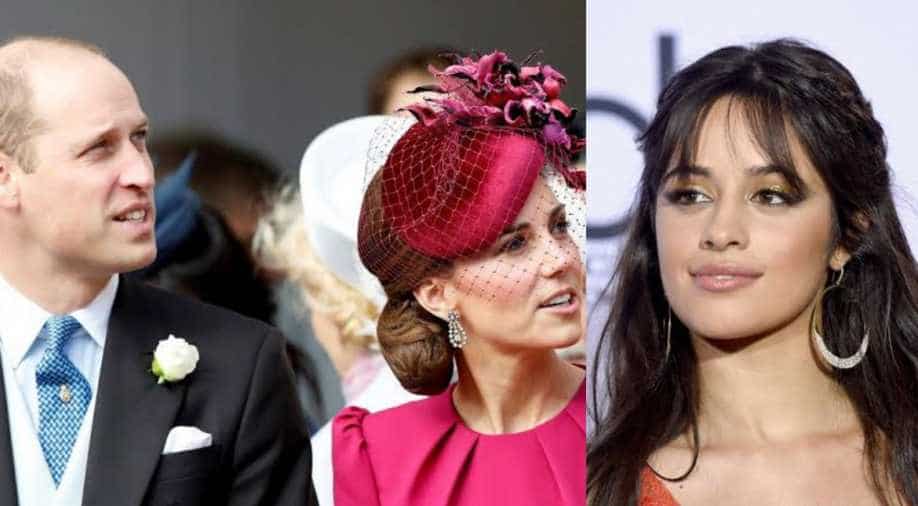 The news started circulating after radio host Greg James revealed that he had challenged Camila to steal from the palace.

After stunning everyone with her steamy performance at the American Music Awards with partner Shawn Mendes for their collaborative song ‘Senorita’, singer Camila Cabello is now in news for stealing.

Before you start speculating, this is a fun piece of news as Camila recently admitted to stealing from the Kensington Palace that house British royals Kate Middleton and Prince William.

The news started circulating after radio host Greg James revealed that he had challenged Camila to steal from the palace and said, "The last time I saw you, we were at the palace ... I was aiding and abetting a criminal, which was you." To this Camila was heard saying, "I am sorry William and I am sorry Kate."

Radio 1’s Teen Heroes of 2019 visited The Duke and Duchess of Cambridge at Kensington Palace earlier this month, along with chart-topping superstar Camila Cabello and BBC Radio 1 DJs Clara Amfo and Greg James. Now in its tenth year, @bbcradio1’s Teen Awards is the biggest teen event in the pop music calendar and shines a light on some of the UK’s most inspirational teens, seeing them crowned Teen Heroes of 2019 in front of an audience of 14-17 year-olds. This is the fourth consecutive year that Radio 1’s Teen Heroes have been honoured with an invitation to the Palace. The ten finalists were greeted by The Duke and Duchess, who praised them for their inspirational work and their dedication to helping others. #R1TeenAwards

The royal responded rather cutely with a shifty eyes emoticon on a video that was uploaded of the radio interview.

"I am sorry William and I am sorry Kate" 😂 @KensingtonRoyal@GregJames may have got @Camila_Cabello into a bit of trouble at the Palace 👀 pic.twitter.com/aKArMdD04H

Camila even cutely begged, "Don't tell anybody what my mother and I did!"

James explained that the two of them last met at an event at Kensington Palace where, just before meeting with the Duke and Duchess of Cambridge, he "triple doggy dared" Camila Cabello to steal a pencil.

Watch: Britney Spears shares video of the exact moment she broke her foot