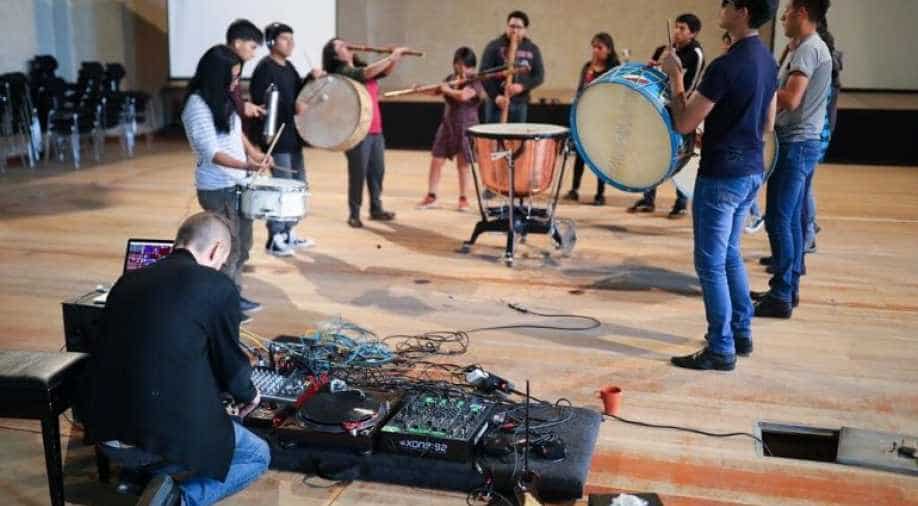 Orchestra director Carlos Gutierrez said they had enjoyed their time despite the circumstances.

Members of a Bolivian orchestra featuring traditional flutes and pipes hope to return home next week after being stranded in the grounds of a German castle for about 80 days due to the coronavirus epidemic.

The 20 young musicians of the Orquesta Experimental de Instrumentos Nativos had arrived in Germany on March 10 to perform at a music festival. But the event was cancelled and days later Germany entered a coronavirus lockdown.

They tried to head home but the bus taking them to the airport broke down on the motorway. Then Bolivia closed its borders.

The musicians, most of whom had never been abroad before, stayed at a music academy on the grounds of the 15th-century Rheinsberg Castle in eastern Germany, where Frederick the Great said he spent the happiest days of his life as crown prince.

Orchestra director Carlos Gutierrez said they had enjoyed their time despite the circumstances.

"They went to the woods, they know a lot of lakes, they visited the city," he said, adding that most of them had until now spent most of their lives in a town of 4,350 inhabitants.

"For most of them, Germany is pretty much this," he said. Local media said the castle was haunted and is home to packs of wolves. None of the musicians had seen a wolf, however, Guitierrez said.

Now they are focusing on going home after a stay that had become "more and more difficult", said musician Isabel Sanjines Rodriguez, from La Paz.

They think they will return home via Madrid on June 1 when Bolivia is expected to lift international flight restrictions.