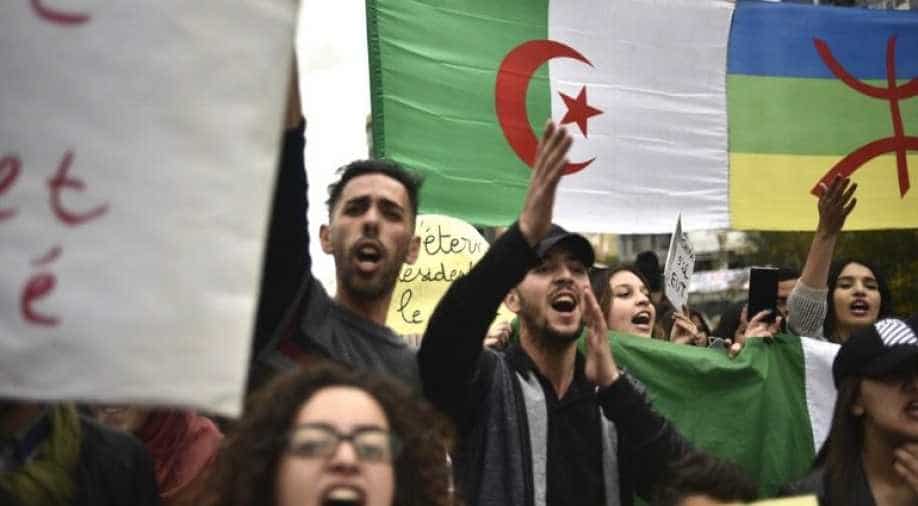 Algiers have raised objection to the contents of 'Algeria My Love' a french documentary Photograph:( Others )

Algiers announced Wednesday it would recall its ambassador in Paris in protest at the film "Algeria, my love", aired by state-owned France 5 the previous evening.

A documentary about Algeria's protest movement on French TV has sparked not just another diplomatic standoff between the North African nation and its former colonial power, but anger among protesters themselves.

Algiers announced Wednesday it would recall its ambassador in Paris in protest at the film "Algeria, my love", aired by state-owned France 5 the previous evening.

Directed by French journalist of Algerian origin Mustapha Kessous, it used testimonies of five Algerians in their 20s to tell the story of the Hirak anti-government protest movement, which rocked the country for most of last year.

Unprecedented mass protests broke out in Algeria from February 2019, first demanding the departure of veteran president Abdelaziz Bouteflika then continuing to call for a full overhaul of the ruling system following his April 2019 departure.

The Algerian foreign ministry accused the France 5 film of "attacks on the Algerian people and its institutions", including the army, and recalled envoy Salah Lebdioui for consultations.

But it also sparked a backlash from members of the pluralistic, leaderless Hirak.

The film used a liberal tone, breaking with taboos -- particularly on sex -- and dealing little with politics, even while linking the protagonists' testimonies with the protest movement.

Some attacked the film's "reductive" portrayal and "lack of knowledge" about Algeria, while others directed their anger at the young people interviewed.

Abderezzak Mokri, president of the country's main Islamist party, took to Twitter to castigate "France's slaves in Algeria".
One of the interviewees, Algiers student Anis, wrote on Facebook that he had "received a lot of hate mail and threats since the documentary was aired".

But he voiced surprise at seeing that the film had focused on his comments on sexual frustration and personal liberty while editing other subjects out.

He said he was victim both of the film's director, whom he accused of disrespecting his privacy, and of "the democrats I marched with" who had attacked him online.

Kessous and France Television, which owns France 5, both declined to comment.

Another interviewee, a psychiatrist called Sonia, shut down her Facebook page.

She first published a statement saying she stood by her words but regretted that the film had been focused on the protest movement -- noting that this "in no way justifies violence".

Paris and Algiers have repeatedly fallen out since Algeria won independence in 1962 after eight years of bitter war.
But historian and regional expert Jean-Pierre Filiu said this time, the Algerian regime was "pretending to believe that, as in Algeria, public broadcasting in France is at the behest of the political authorities".

"The diplomatic crisis it has artificially created is part of a methodical campaign to lock down the media and stifle critical voices," he said.

While a stringent novel coronavirus lockdown has already put a lid on the Hirak, Algerian authorities appear determined to prevent any resurgence of mass protests.

As well as detaining several high-profile journalists, in recent weeks authorities have blocked news websites accused of being funded by "foreign organisations".

The French foreign ministry said Thursday that "France fully respects the sovereignty of Algeria", adding that the media "enjoys complete editorial independence, which is protected by law in France".

In early April, the French ambassador to Algeria, Xavier Driencourt, was summoned to the foreign ministry after statements on the France 24 satellite news channel about Chinese medical aid.

That came after French President Emmanuel Macron early on in the Hirak movement called for "a transition of reasonable duration" -- remarks seen by Algiers as "interference" in its internal affairs.

But political scientist Mohamed Hennad voiced doubts that a "little reportage" would cause a major rupture between the two countries.