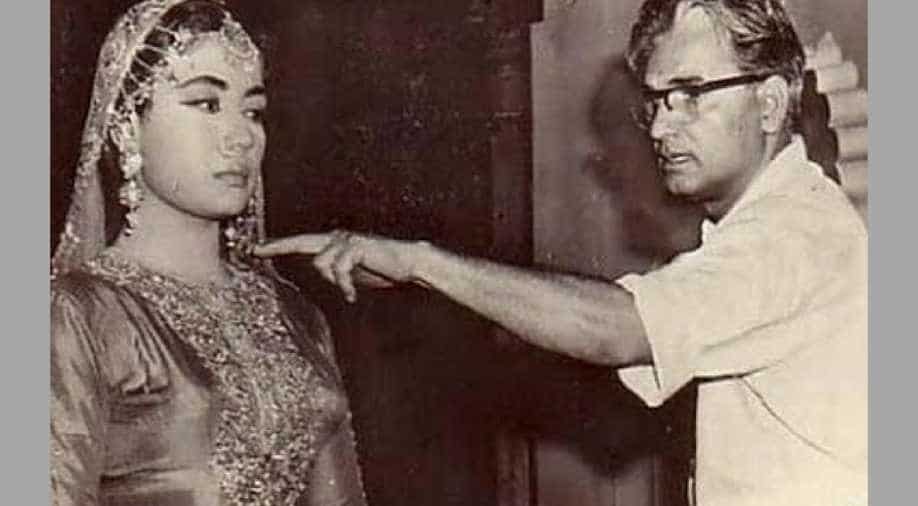 Mahjabeen means ‘pretty like the moon’. Not many of us today know that the original 'Cinderella' of Indian cinema and the 'Tragedy Queen' of Bollywood, Meena Kumari was born as Mahjabeen Bano in the family of poor theatre artists and that one side of her family has Rabindranath Tagore lineage.

As the world gathered on August 1 to celebrate Meena Kumari’s 85th birth anniversary, WION got in a conversation with Rashmi Agarwal, a classical singer who organized a musical tribute for the world famous actress and poetess in New Delhi.

Most of us remember Meena Kumari as the actress who gave us Baiju Bawra, Sahib Bibi Aur Ghulam, Pakeezah among many other classics but what we often miss is the story that she lived to give those performances on the big screen.

Rashmi while talking about the musical tribute explained how she fell in love with the naturally born actress. She said, “In 2008, I read Meena Kumari’s shayari, a compilation made by Gulzar in a book titled ‘Meena Kumari Ki Shayari’. I fell in love with her work, her poetry. While I was given this book to prepare for a concert, I also developed an idea to tell her story to the world, through music and narration.”

“Meena Kumari was lonely, she was sad, very vulnerable and all these traits make her a human being just like us. I wanted to tell her story to the world,” she added. One of the most extremely good-looking actresses that India has ever had, Meena Kumari lived a life quite similar to her majority characters -- morose and unhappy. As it was narrated in the musical tribute, Meena Kumari had a troubled childhood, as she was the sole bread earner for her family, which led to pressure at such a young age and missing crucial years of education.

Kanupriya Agarwal who was the storyteller at the event narrated how Meena kept longing for love throughout her life but had no luck. She narrated a shayari written by Meena on the same: “Aagaaz to hota hai, anjaam nahi hota, Jab meri kahani mein wo naam nahi hota.” (Meaning: I can feel love but it never culminates into anything. I miss the presence of a person who can fill this emptiness) implying on the absence of a lover, a partner who could give her the reassurance to live and be hopeful.

As you read more and more of her poems, you start relating to her pain, the kind that reflected when she would stop her husband from going to a brothel in Sahib, Bibi Aur Ghulam or when in Pakeezah you literally cry whenever she delivers a powerful dialogue. Rashmi agreed that somewhere Meena Kumari became the 'Tragedy Queen' of Bollywood as she became a tragedy queen in real life. Rashmi said, “She had no respite at home. Either she was earning money for her family or she was fighting with husband Kamal Amrohi. She would go on from living in the skin of a sad character for reel while sulking in her life in real.”

Kamal Amrohi, a celebrated director was 16 years older than Meena Kumari. Kamal was possessive about Meena while it’s said that Meena couldn’t take being subjected to restrictions that he put. There are obviously contrary reports too that Meena had many affairs, something her husband was obviously not okay with. It’s not very clear that the two got divorced but their failed marriage had a lasting impact on Meena.

At the time of their separation, Meena said, "Talaq to de rahe ho nazre kehr ke saath, meri jawani bhi lauto do mere mehr ke saath." (Meaning: Now that you divorce me with hatred, you must also return me my golden years of youth and the sum that you promised me in our marriage).

Her poems as they get refined with age, also had undertones of dejection, sorrow and misery. 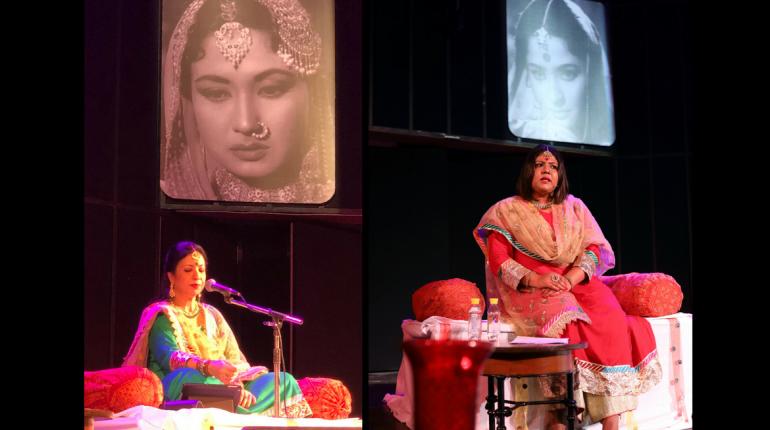 Rashmi said, “Meena Kumari was not an alcoholic from the start. I had read somewhere that she had to appear drunk for a scene in Sahib, Bibi Aur Ghulam for which she had to drink some brandy. She got addicted because of those scenes in the film. She could never come out of it.”

Meena Kumari died at the age of 38 after being diagnosed with a severe illness left the world a sadder place. She summed it up beautifully in a couplet: "Rah dekha karenge sadiyon tak, chod jayenge ye jagah tanha..chaand tanha hai, aasmaan tanha, dil mila hai kahan kahan tanha" (Meaning: I will leave the world empty as I go from here, just like the moon is alone in the sky. I have tried finding love in empty spaces). The song is written by Meena Kumari, the song was composed by Naushad, a notable music director.