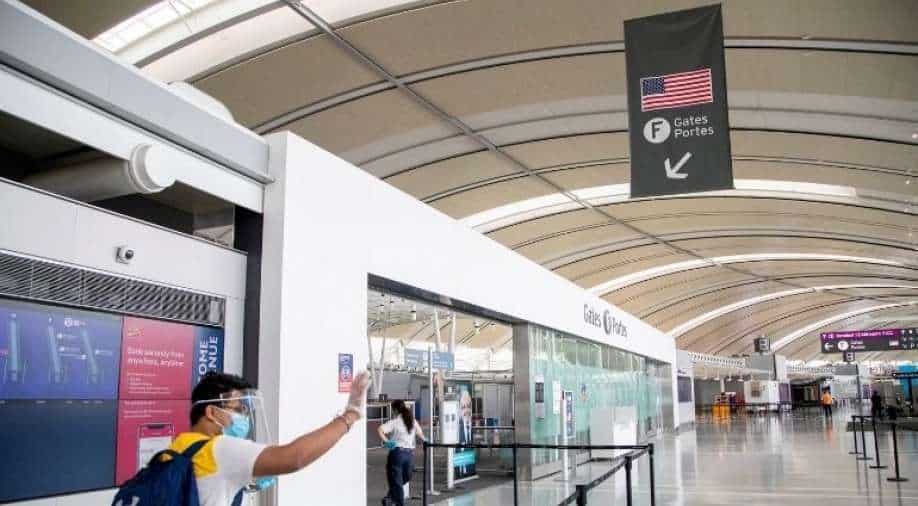 Passenger waves goodbye as he walks towards the gates for US travel at Toronto Pearson International Airport in Toronto, Ontario, Canada June 23, 2020 Photograph:( Reuters )

The Biden administration will set aside 6,000 seasonal guest worker visas for people from Guatemala, Honduras and El Salvador in the coming months, the US Department of Homeland Security (DHS) said on Tuesday, a small step toward establishing more legal pathways to the United States from the region.

The 6,000-visa allotment would be part of an additional 22,000 H-2B visas made available to employers in the current fiscal year, which ends on September 30, DHS said in a statement.

The increase has been sought by business groups but opposed by labor unions amid high unemployment related to the coronavirus pandemic.

President Joe Biden has grappled in recent months with a rising number of migrants arriving at the US-Mexico border, including families and unaccompanied children. In March, about 85,000 of the 172,000 migrants caught at the border came from Guatemala, Honduras and El Salvador.

Biden officials have urged migrants not to travel to the border while systems are established that allow them to seek asylum from their home countries or come to the United States through other legal pathways.

The extra H-2B visas would be in addition to the annual allotment of 66,000 visas for the fiscal year, a tally that was exhausted in February. The visas are used for landscaping, food processing and hotel work, among other seasonal jobs.

If the 6,000 visas are not used by companies seeking to hire people from Guatemala, Honduras and El Salvador, they will go back to the general visa pool sometime before September 30, a DHS official and a second person familiar with the matter told Reuters.

The visa carve-out for the so-called Northern Triangle countries "demonstrates DHS’s commitment" to creating more legal avenues for migration from the region, Secretary Alejandro Mayorkas said in a statement.