Only option was to put South African Airways on rescue: Ramaphosa 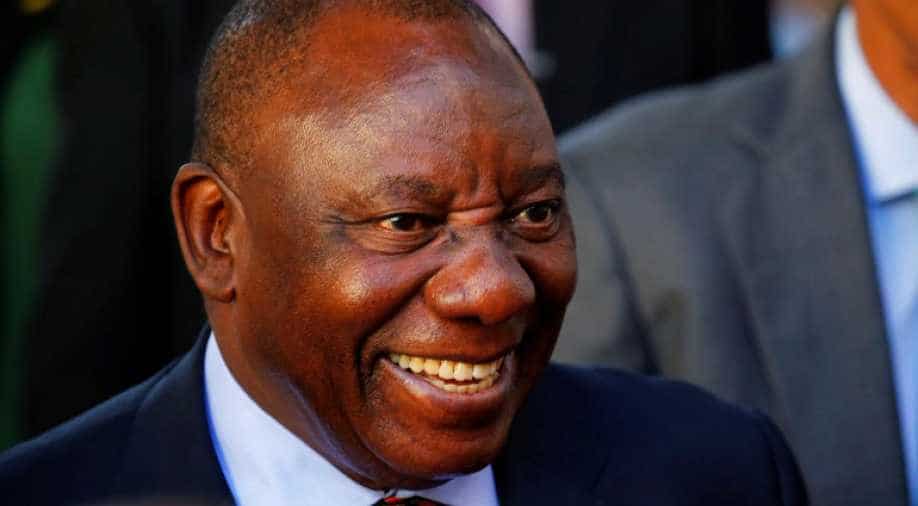 "The financial crisis had become so grave that the only way to secure its survival was to take this extraordinary measure," Ramaphosa said in his weekly newsletter

South African Airways (SAA) had to be placed on "business rescue" because there was no other viable and financially workable option to secure a credible future for the state-owned airline, President Cyril Ramaphosa said on Monday.

SAA has been posting losses since 2011 and is deeply in debt. It has received more than 20 billion rand ($1.4 billion) in government bailouts over the past three years, which has achieved little more than keeping it barely afloat.

Ramaphosa ordered SAA on Wednesday to seek a business rescue as the airline is close to collapse. Business rescue is a form of bankruptcy protection where a specialist adviser takes control of a company to restructure it.

"The financial crisis had become so grave that the only way to secure its survival was to take this extraordinary measure," Ramaphosa said in his weekly newsletter.

"With the support of lenders, government, management and workers, SAA will continue to operate while the airline undergoes the restructuring needed to make it a viable company."

SAA has been granted a 4 billion rand ($272 million) lifeline from the government and banks to launch the rescue plan, but that cash could only last for months, analysts say.

On Sunday, Minister of Public Enterprises Pravin Gordhan wrote in an opinion piece in the Sunday Times that the decision to rescue the airline, rather than let it fail as some analysts have argued, would save many of the 10,000 jobs at SAA.

After years of government dithering, the distressed state entity's crisis was increasingly seen as a test of Ramaphosa's resolve to carry out badly-needed economic reforms.

Years of corruption and mismanagement have put several state-owned enterprises in dire straits, including power utility Eskom, whose financial problems have left it struggling to keep the lights on.

Ramaphosa said although many of the state-owned firms such as Eskom are deeply in debt, they remain valuable state assets with immense capacity.

"We will not allow any of these strategic entities to fail. Rather, we need to take all necessary steps even drastic ones to restore them to health," he said.