No tax on ancestral jewellery, purchase from disclosed income 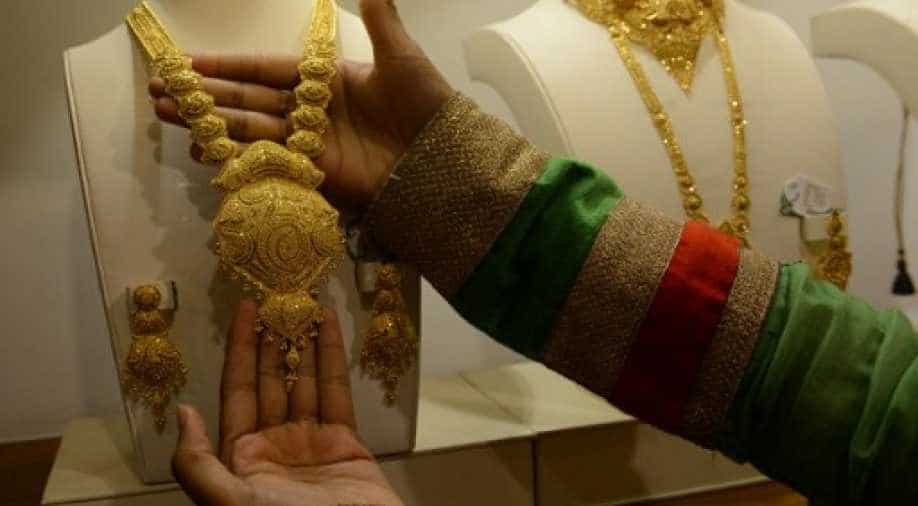 There would be no seizure of gold jewellery and ornaments to the extent of 500 grams per married women, 250 gm per unmarried women as also 100 gm per male member of the family. Photograph:( AFP )

Amendments to the I-T laws do not seek to tax inherited gold and jewellery as also those items that are purchased through disclosed or agriculture income, the government said today.

The Lok Sabha earlier this week passed the Taxation Laws (Second Amendment) Bill, which proposes a steep up to 85 per cent tax and penalty on undisclosed wealth that is discovered by tax authorities during search and seizure.

Dispelling rumours that jewellery would be covered under the amended law, the Central Board of Direct Taxes (CBDT) said the government has not introduced any new provision regarding chargeability of tax on jewellery.

"The jewellery/gold purchased out of disclosed income or out of exempted income like agricultural income or out of reasonable household savings or legally inherited which has been acquired out of explained sources is neither chargeable to tax under the existing provisions nor under the proposed amended provisions," the CBDT said.

During search operations, conducted by I-T Department, there would be no seizure of gold jewellery and ornaments to the extent of 500 grams per married women, 250 gm per unmarried women as also 100 gm per male member of the family, it said.

"Further, legitimate holding of jewellery up to any extent is fully protected," it added.

The Bill, which is currently under consideration of the Rajya Sabha, will amend Section 115BBE of the Income Tax Act to provide for a steep 60 per cent tax and a 25 per cent surcharge on it (total 75 per cent) for black money holders.

Another section inserted provides for an additional 10 per cent penalty on being established that the undeclared wealth is unaccounted or black money, taking the total incidence of levies to 85 per cent.

CBDT said: "Tax rate under section 115BBE is proposed to be increased only for unexplained income as there were reports that the tax evaders are trying to include their undisclosed income in the return of income as business income or income from other sources.

"The provisions of section 115BBE apply mainly in those cases where assets or cash etc. Are sought to be declared as 'unexplained cash or asset' or where it is hidden as unsubstantiated business income, and the Assessing Officer detects it as such."

The Bill also proposes to raise penalty under I-T Act for search and seizure cases by 3-fold to 30 per cent, a move aimed at deterring black money holders, from 10 or 20 per cent currently.

Once the amendments are approved by Parliament, there would be a penalty of 30 per cent of unaccounted income, if admitted and taxes are paid. This would take the total incidence of tax and penalty to 60 per cent.

While proposing to amend Section 271AAB, the government has decided to retain the provision of levying penalty of 60 per cent of income in "any other cases". That would raise the incidence of tax and penalty to 90 per cent.

This took the total undisclosed income which was admitted during searches to Rs 32,146 crore.

Search and seizure operations are conducted by the tax department when the Assessing Officer believes that the assessee is unlikely to produce books of accounts or likely to suppress books of account and other documents which may be useful and relevant to an income tax proceedings.