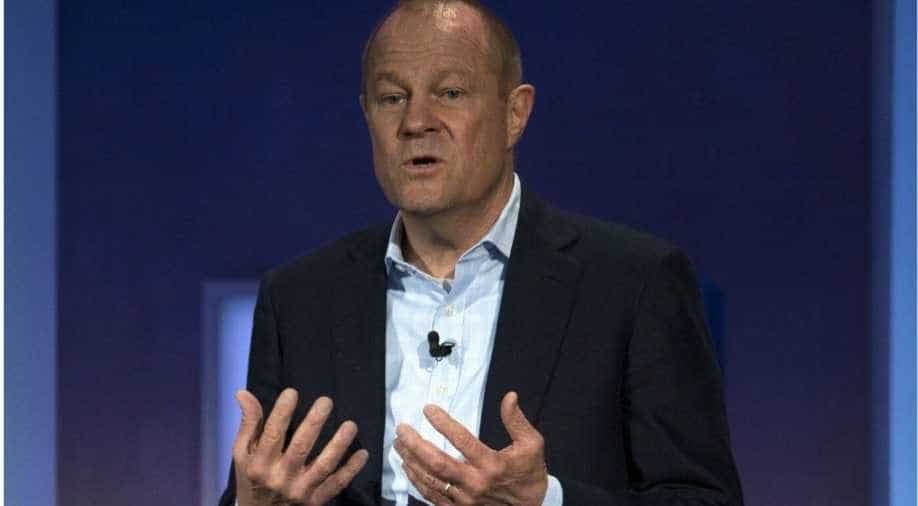 On Thursday, the company estimated a 4% drop in third-quarter same-store sales, with declines across all its key brands including Old Navy.

Gap Inc said on Thursday Chief Executive Officer Art Peck will leave the company, a surprise exit in the middle of a restructuring that comes as the apparel retailer slashed its full-year earnings forecast, sending its shares down 7%.

Since taking the helm in 2015, Peck has tried to re-energize sales at the Gap brand, once a trendsetter with its casual logo-emblazoned hoodies and Khaki cargos, but it has recently struggled to keep pace with fast-fashion rivals such as Zara and H&M.

On Thursday, the company estimated a 4% drop in third-quarter same-store sales, with declines across all its key brands including Old Navy.

The drop comes as the Gap brand also has heavily discounted in a competitive retail environment.

"Gap's whole portfolio is having a brand erosion crisis that we expect to only deepen with the current leadership vacuum," said Camilla Yanushevsky, research analyst at CFRA.

Earlier this year, Gap said it will separate its better-performing Old Navy brand and shutter about 230 stores of its namesake apparel business, a process likely to be completed by 2020.

Peck, who was to head the new Gap Inc, is credited with developing the company's "omni-channel" strategy that uses its retail stores and its digital platform to fulfill orders.

"Peck deserves a lot of credit for decisive corrective action and starting to rationalize the retail store base and deserves credit for streamlining the supply chain in a challenging international environment," said Burt Flickinger, managing director of Strategic Resource Group.

"Where he missed was their marketing and merchandising and pricing and promotional program."

Robert Fisher, a member of the founding family behind Gap and its non-executive board chairman, will become the chief executive officer on an interim basis, effective immediately, the company said.

But the company's dismal forecasts indicated that Peck's efforts are yet to yield results.

"(The) results also reiterate our skepticism that the spin-off of touted stronghold Old Navy can unlock value," analyst Yanushevsky said.

Shares of the company were down 7.4% at $16.71 in extended trading. The stock has lost nearly a third of its value this year.