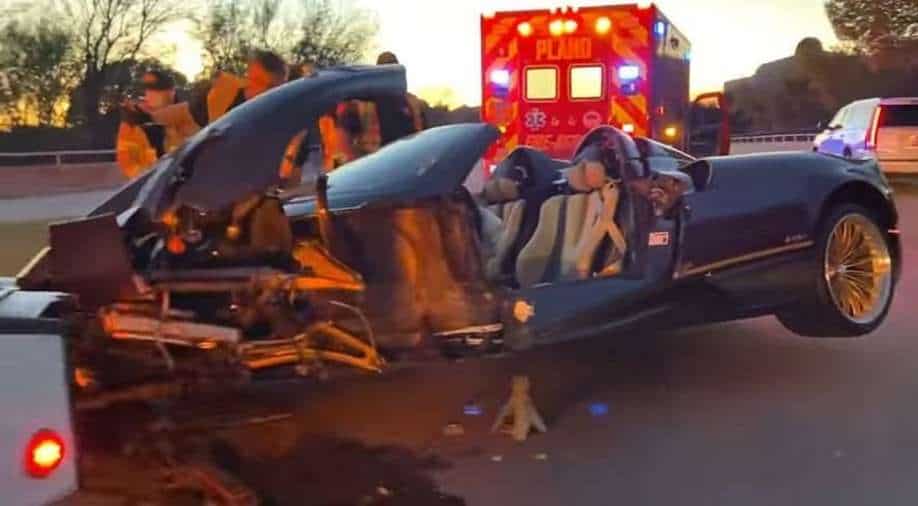 Gauge Gillian, the 17-year-old YouTuber, took a chance with his and his companion's lives as well as devastated his dad's Pagani Huayra Roadster worth $3.4 million in the city of Texas, USA while shooting a video

YouTube, the video stage, is perhaps the most ideal approach to bring in cash and become popular. Numerous individuals from everywhere over the world attempt their karma yet at times while shooting recordings, they submit such missteps which even put their lives to chance.

Gauge Gillian, the 17-year-old YouTuber, took a chance with his and his companion's lives as well as devastated his dad's Pagani Huayra Roadster worth $3.4 million in the city of Texas, USA while shooting a video.

In spite of the fact that Gauge Gillian has brought down the video which was shot before the mishap, he posted a video in which he educated his devotees about the mishap and his wounds. He valued the carmakers and told them that he was making a video with his companion Zack. He acknowledged that mishap happened in light of his misstep as at times individuals like him fail to remember that these vehicles are amazing. He said that however, he sped up in the wake of going out, he was under the speed furthest reaches of 40 miles/hour. He lost control of the vehicle when he went to the left as he would not like to go on the extension which was on the right, it was then the vehicle upset and hit the tree.

The measure was grateful to God for being alive and he likewise gave a message to the individuals who were savaging him by saying that vehicles can be supplanted yet he can't be supplanted. He additionally educated that his companion Zack Walker got wounds at collar bone and tongue. Gillian uncovered that at the mishap spot, he saw individuals getting the pieces of the vehicle to bring in some cash by selling them.

Here is the video wherein Gauge Gillian advises about his mishap:

Gauge Gillian has taken a break from web-based media starting now and we are very confident that others will take in an exercise from this occurrence and be cautious later on.