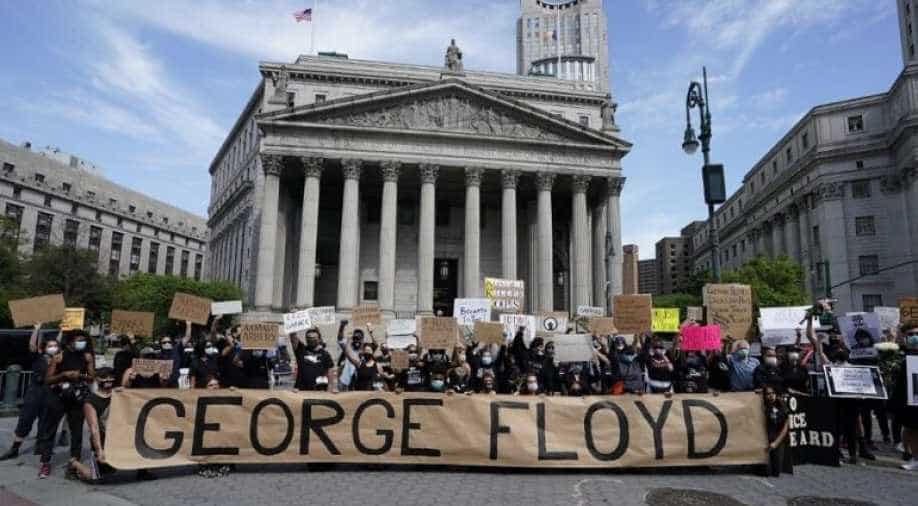 Protestors gather behind a banner spelling the name of George Flyod, a black man who died after a white policeman kneeled on his neck for several minutes, on May 29, 2020, in New York during a "Black Lives Matter" protest Photograph:( AFP )

George Floyd was 46 years old. He was accused of buying cigarettes with a fake 20 dollar bill. 17 minutes after he was arrested, he was lying dead on the ground

Protests are currently going on across the United States. The demonstrations began in after a black man, George Floyd was knelt on and killed by a policeman in Minneapolis, a city in the US state of Minnesota. The man died on May 25, raising concerns of race-oriented state brutality in the country.

Here we play out what actually happened!

Near Dragon Wok restaurant, two men enter a shop called Cup Foods. One of these men was George Floyd. They both buy a pack of cigarettes from the shop, but store employee suspects Floyd used a counterfeit $20 bill, after which the store employee calls 911 and reports it. 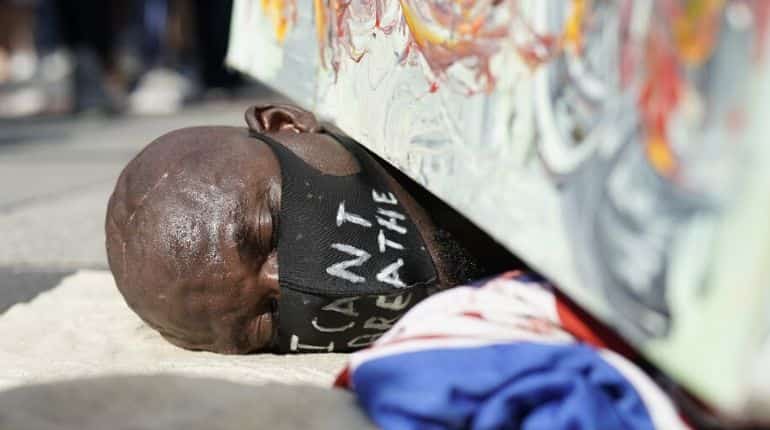 At around 8:08 pm, two police officers arrive at the scene, and Floyd is seen sitting with two others in a parked car. One officer, Thomas Lane, aims his gun at at Floyd and then restrains him. To this, Floyd resists while being handcuffed.

The officer then attempts to force Floyd into a squad car. At 8.14 PM, Floyd falls to the ground and pleads to the officers. After this, officer Derek Chauvin arrives with others and further attempts to put him in the police car.

At 8:19 pm Chauvin is seen pulling Floyd out of the passenger side, after which he falls to the ground, face down,  and still in handcuffs. At this point, witnesses starts filming the incident. Officer Chauvin then pins his left knee on Floyd’s neck, to which he can be heard responding to with “I can't breathe… Please, please, please”. 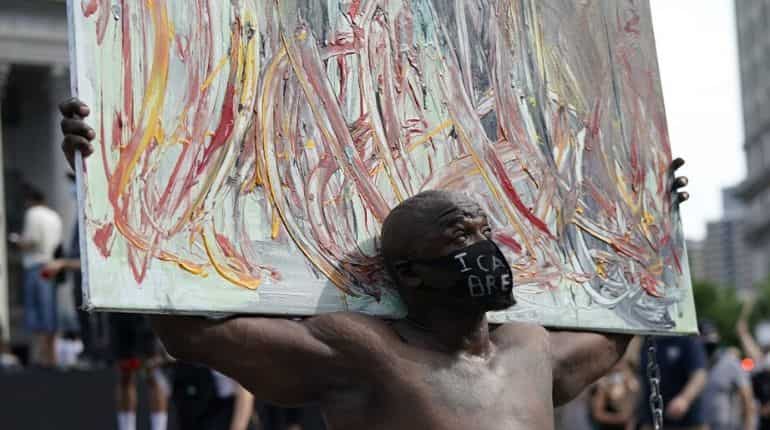 At 8:27pm, officer Chauvin removes his knee from Floyd's neck

After this, Floyd is seen lying motionless, after which he has taken away in an ambulance. An hour later, he is pronounced dead.