Watch: Wild bear shot dead by hunters in Japan, ahead of Tokyo Olympics 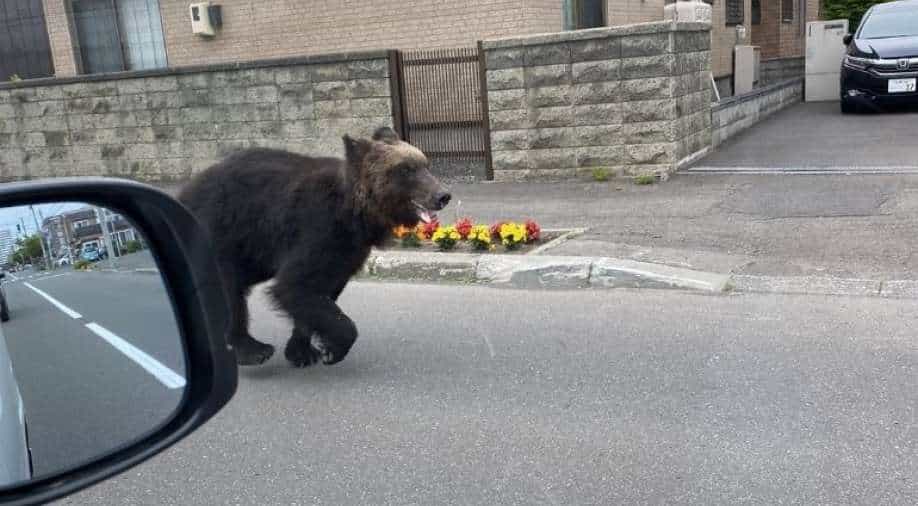 A wild brown bear that took to the streets of the Japanese city of Sapporo has been shot dead by hunters after it injured four people.

The brown bear was seen running on the streets of a residential area, leading to the closure of local schools. It was seen trying to cross a busy road and when it got scared, the bear rampaged through the streets.

Caught up on Sapporo bear news and this video is completely bonkers… close call for that cyclist https://t.co/ZYrY1XCjt2

It also clawed the gates of military barracks, which led to the troops scattering. A soldier was also injured while trying to catch and control the bear. Three civilians were also injured by the bear.

"A total of four people, including one Self-Defense Forces member, have been attacked and injured by the brown bear. We express our sincere sympathy to them," government spokesman Katsunobu Kato said.

This also led to the temporary cancellation of all incoming and outgoing flights as the city operates a small regional airport.

"Officials from Sapporo City, the Hokkaido police, a local hunting association and other concerned agencies have arrived at the scene. They are coordinating efforts to capture the brown bear, or if deemed necessary, exterminate it," he added.

The incident happened as the city is gearing up to host the Tokyo Olympics’ marathon and racewalking events in August.