'Never An Easy Decision': Rafael Nadal pulls out of Tokyo Olympics and Wimbledon to prolong career 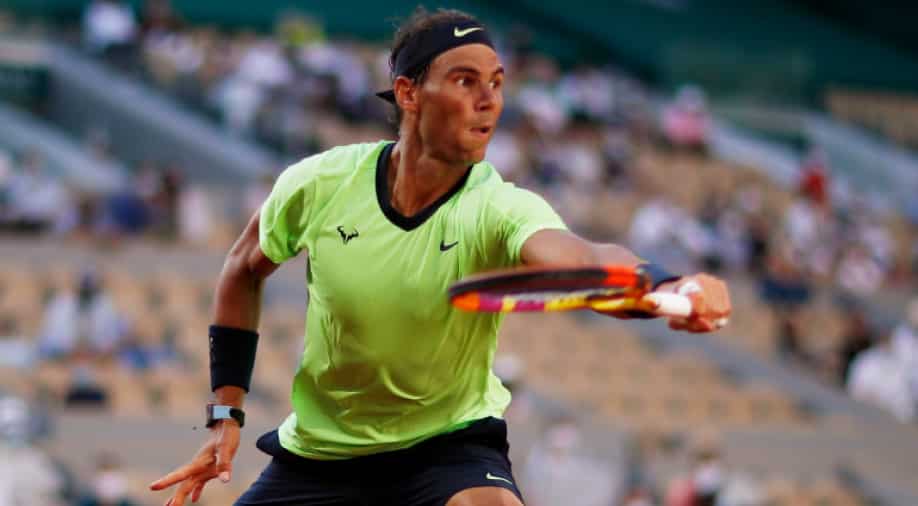 Tennis great Rafael Nadal took to Twitter to reveal he is pulling out from the upcoming Wimbledon Championships and Tokyo Olympics. Rafael Nadal referred to the need to "pay attention to his body" after a thorough claycourt season as the explanation for his withdrawal.

Rafael Nadal took to Twitter to reveal that he is pulling out from the upcoming Wimbledon Championships and Tokyo Olympics. Nadal referred to the need to "pay attention to his body" after a thorough claycourt season as the explanation for his withdrawal.

Nadal said he had talked with his group before making the decision. The 35-year-old added that he was hoping to draw out his profession at the top, which recommends he will be significantly more specific with his timetable over the course of the following, not many years.

"Hi all, I have decided not to participate at this year’s Championships at Wimbledon and the Olympic Games in Tokyo," Nadal wrote. "It’s never an easy decision to take but after listening to my body and discuss it with my team I understand that it is the right decision" - he said

"The goal is to prolong my career and continue to do what makes me happy, that is to compete at the highest level and keep fighting for those professional and personal goals at the maximum level of competition" - he added.

Rafael Nadal is falling off a difficult clay season, where he played every one of the three Masters occasions notwithstanding Roland Garros and Barcelona. The Spaniard won the titles in Rome and Barcelona, however was packaged out of the French Open by inevitable hero Novak Djokovic.

Rafael Nadal brought up how the little hole between Roland Garros and Wimbledon - only fourteen days - assumed a part in his choice. He explicitly featured the way that he expected to recuperate from his works on mud throughout the most recent few months.

"The fact that there have only been two weeks between RG and Wimbledon didn’t make it easier on my body to recuperate after the always demanding claycourt season," Nadal said. "They have been two months of great effort and the decision I take is focused on looking at the mid and long term" - he said.

"Sport prevention of any kind of excess in my body is a very important factor at this stage of my career in order to try to keep fighting for the highest level of competition and titles" - he added.

Rafael Nadal likewise communicated his failure at not having the option to go to the Tokyo Olympics, saving a word for his Japanese fans specifically. The Spaniard, who has won two gold awards at the Games before, guaranteed that the occasion implied a ton to him. He finished strong, offering his thanks for having been deliberated with the honor of conveying the Spanish banner at the 2016 Rio Olympics.

"The Olympic Games always meant a lot and they were always a priority as a sports person, I found the spirit that every sportsperson in the world wants to live," Nadal wrote. "I personally had the chance to live 3 of them and had the honor to be the flag bearer for my country."