US woman who aided Bali 'suitcase' murder arrested in Chicago 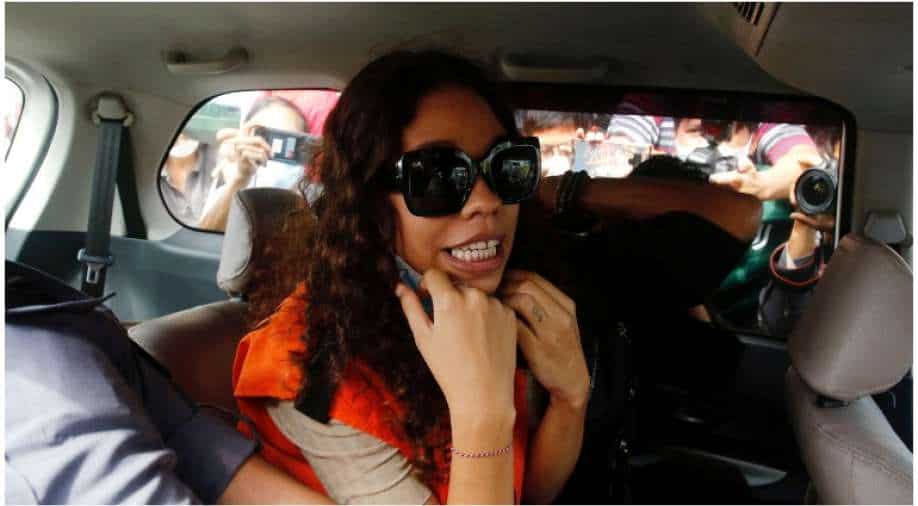 FILE PHOTO: Heather Mack, an American woman jailed in 2015 with her boyfriend after being found guilty of playing a role for murdering her mother and stuffing the remains in a suitcase, is seen inside an immigration car, after being released from Kerobokan Prison in Denpasar, Bali, Indonesia, October 29, 2021. Photograph:( Reuters )

Heather Mack, 26, conspired with her boyfriend to kill her mother, Sheila Von Wiese-Mack, stuff her body in a suitcase and load it into the trunk of a taxi during a vacation on the Indonesian island of Bali, the US Justice Department said

An American woman deported from Indonesia after serving prison time for her role in her mother's 2014 "suitcase" murder was arrested on Wednesday on conspiracy charges when her plane arrived in Chicago, U.S. authorities said.

Heather Mack, 26, conspired with her boyfriend to kill her mother, Sheila Von Wiese-Mack, stuff her body in a suitcase and load it into the trunk of a taxi during a vacation on the Indonesian island of Bali, the US Justice Department said.

Mack was scheduled to appear in US District Court in Chicago, her home city, on Wednesday, it added in a statement.

Indonesian authorities arrested Mack and her boyfriend, Tommy Schaefer, 28, after the August 2014 killing. Schaefer was sentenced in 2015 to 18 years for premeditated murder, while Mack, then 19, received a 10-year sentence for being an accessory to murder.

A 2017 US grand jury indictment that was unsealed on Wednesday alleged that Mack and Schaefer came up with their plan to kill Von Wiese-Mack before they left the United States for Bali, and that Schaefer asked his cousin, Ryan Bibbs, about ways of killing her.

Mack asked Bibbs if he knew anyone who would kill her mother for money, and he pleaded guilty in December 2016 to one count of conspiracy to commit foreign murder of a U.S. national, the Justice Department said.

Under the department's contention that her plan was conceived in the United States, Mack faces two U.S. counts of murder conspiracy and one of obstruction, and a maximum statutory penalty of life imprisonment if convicted of the conspiracy charges, the department said.

Mack was deported following her release from prison on Oct. 29 as her permit had expired, an Indonesian immigration official said. Schaefer remains in jail.

Mack's lawyer, Yulius Benyamin Seran, said she was accompanied on the plane to Chicago by her daughter, to whom she had given birth before her sentencing.