US, Russia to discuss nuclear arms limits in Geneva on Wednesday: Officials 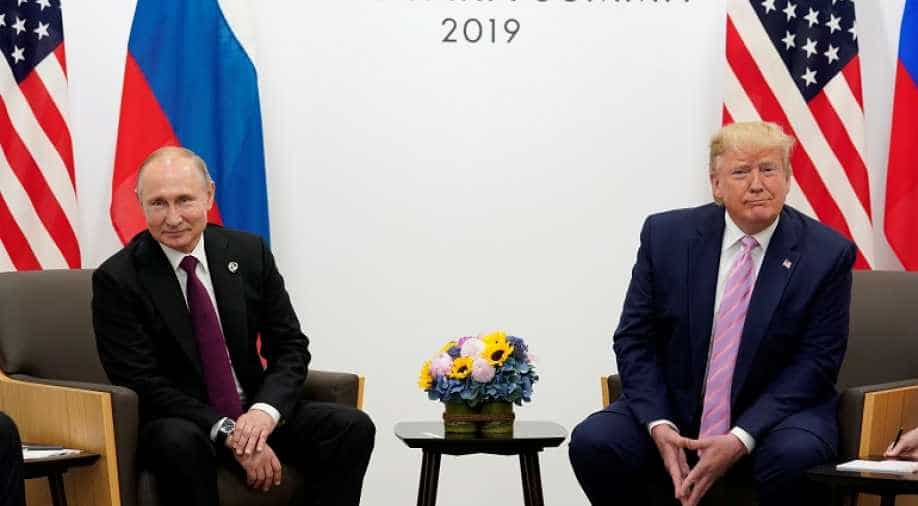 US President Donald Trump has said that he would like to see a "next-generation" arms control deal with Russia and China to cover all types of nuclear weapons.

Representatives from the United States and Russia are set to meet in Geneva on Wednesday to explore the concept of a new accord limiting nuclear arms that could eventually include China, senior US officials said on Monday.

US President Donald Trump has said that he would like to see a "next-generation" arms control deal with Russia and China to cover all types of nuclear weapons. He has broached the topic individually with Russian President Vladimir Putin and Chinese President Xi Jinping, including most recently at the G20 summit in Osaka last month.

China is not a party to nuclear arms pacts between the United States and Russia and it is unclear how willing Beijing would be to be drawn into talks, said the officials, who spoke to reporters on condition of anonymity.

"A good meeting would be some greater clarity about where the Russians see things going with the Chinese," one official said.

China's Foreign Ministry reiterated that the country had no interest in joining such talks.

"At present, we cannot see the preconditions or basis for China participating in these negotiations between the United States and Russia," ministry spokesman Geng Shuang told reporters in Beijing.

US Deputy Secretary of State John Sullivan will lead the delegation, which will include Tim Morrison, a top aide at the White House National Security Council, and representatives from the Pentagon, the Joint Chiefs of Staff, and the National Security Agency, the US officials said.

"We actually feel that - touch wood - we've actually got to a point where we can try to start this again," one US official said.

"I say touch wood because we're always just one incident away from unfortunately things getting derailed," the official said.

Relations between the United States and Russia have been sour for years, deteriorating after Russia annexed Crimea from Ukraine in 2014 and backed Syrian President Bashar al-Assad in the Syrian war.

Trump has sought better relations but has been hamstrung by a two-year investigation into the 2016 influence campaign by Russian operatives to attack Trump's Democratic rival in the presidential election, Hillary Clinton.

The investigation by US Special Counsel Robert Mueller found there was insufficient evidence that the Trump campaign illegally conspired with Moscow. The Kremlin has denied any meddling.

Relations also frayed over Russia's poisoning of a former spy and his daughter on British soil, the detention of Ukrainian navy boats and crew near Crimea, and Russia's detention of US citizens, among other incidents.

The Geneva meeting will be just two weeks before the United States withdraws from the Cold War-era Intermediate-Range Nuclear Forces (INF) treaty that required both countries to eliminate short-range and intermediate-range nuclear and conventional missiles.

US authorities believe Moscow is developing and has deployed a ground-launched system in breach of the INF treaty that could allow it to launch a nuclear strike on Europe at short notice. Russia has consistently denied any such violation.

No breakthrough is expected on the INF treaty, the US officials said.

US officials also are not planning to discuss renewal of the 2011 New START treaty, a US-Russia arms control pact which limits deployed strategic nuclear weapons.

One of the officials told reporters it would be "premature" to talk about New START, which is set to expire in February 2021 but can be extended for five years if both sides agree, calling the issues a "next-year problem."