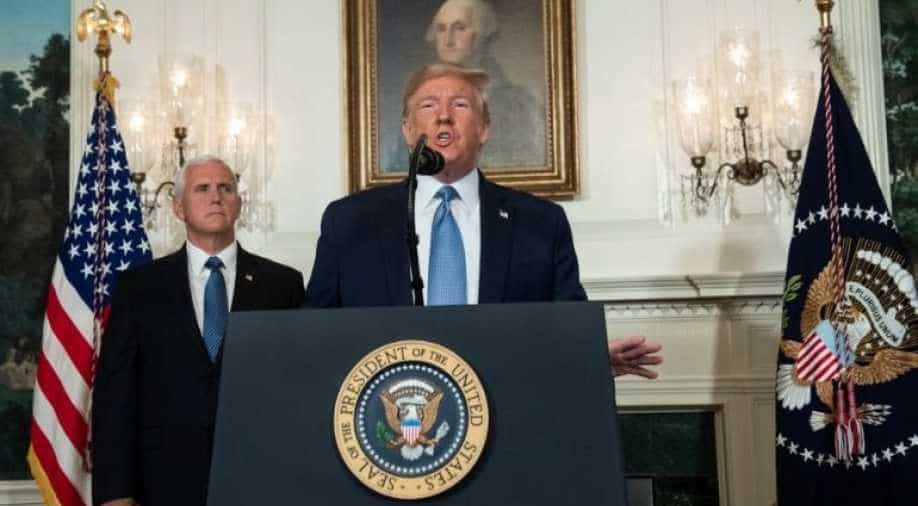 The stepped-up investigation could add further pressure on the embattled president 14 months before the next elections.

Democrats moved Monday to intensify their impeachment investigation of President Donald Trump as whiffs of new scandal surrounding the White House emerged related to Trump's business and his lawyer's involvement in Ukraine.

While the Democrat leadership remains reluctant to go all-in on impeachment, given that the Republican-controlled Senate would vote down any effort to oust Trump, the stepped-up investigation could add further pressure on the embattled president 14 months before the next elections.

House Judiciary Committee Chairman Jerry Nadler moved to formalize an investigation that had up to now avoided officially declaring the aim to impeach Trump and put him on trial in the Senate.

He laid out new procedures that he said would govern "the committee's investigation to determine whether to recommend articles of impeachment with respect to President Donald J Trump."

He also defined the investigation along four specific lines: allegations that Trump illegally interfered with the Russia election meddling investigation, that he took part in hush payments to alleged former mistresses, that he has used his office to enrich himself, and that he offered pardons to government and campaign officials to protect him.
"No one is above the law," Nadler said in a statement.

"The unprecedented corruption, coverup, and crimes by the president are under investigation by the committee as we determine whether to recommend articles of impeachment or other Article 1 remedies," he said, referring to the US Constitution's section on legislative powers.

In recent weeks more than half of the 235 Democrats in the House of Representatives have endorsed impeachment, even as senior party officials, especially House Speaker Nancy Pelosi, continue to resist it.

Pelosi has made clear she believes the party needs to focus its energies on defeating Trump and the Republicans in the November 2020 election.

Nadler's new rules, which are expected to be passed by the committee on Thursday, will govern how witnesses will be called and questioned and how Trump's lawyers will be involved.

They are also expected to provide the committee with a broader ability to subpoena witnesses and documents, in the face of resistance by the White House.

"We will not allow Trump's continued obstruction to stop us from delivering the truth to the American people," Nadler said.

Meanwhile the Democratic heads of three other House committees announced an investigation into alleged efforts by Trump and his lawyer Rudy Giuliani to pressure the Ukrainian government for their own political ends, including by withholding US security assistance.

They allege that Trump and Giuliani have pressured Kiev to prosecute Ukrainians who provided evidence against Trump's former campaign manager Paul Manafort in the Russia meddling investigation.

They also alleged that Kiev was pressured to provide damaging information on the son of former Democratic vice president Joe Biden, who could face Trump in next year's presidential election.

Hunter Biden worked for a Ukrainian gas company beginning in 2014, while his father was vice president.