US approves 24 anti-submarine helicopters sale to India worth $2.6 billion 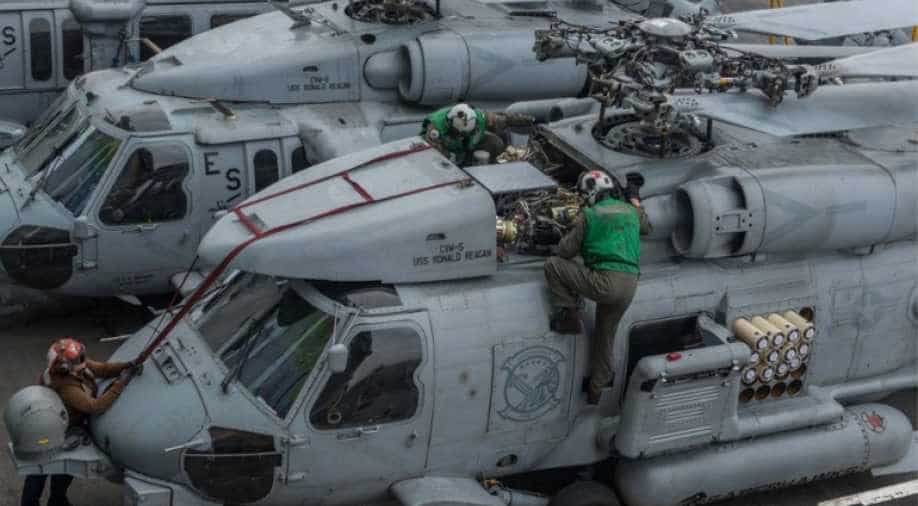 'This proposed sale will support the foreign policy and national security of the US by helping to strengthen the US-Indian strategic relationship and to improve the security of a major defensive partner,' the State Department said in a statement.

The United States said Tuesday it had approved the sale of 24 MH-60R helicopters to India, significantly boosting its emerging ally's firepower to target submarines as China expands in the Indian Ocean.

In a quick reply to an Indian request submitted late last year, the State Department said it was informing the US Congress as legally required that it was giving the green light for India to buy the 24 helicopters worth a total of $2.6 billion.

Nicknamed the Romeo, the MH-60R helicopters manufactured by Lockheed Martin are designed for hunting submarines as well as knocking out ships and conducting search-and-rescue operations at sea.

"This proposed sale will support the foreign policy and national security of the United States by helping to strengthen the US-Indian strategic relationship and to improve the security of a major defensive partner," the State Department said in a statement.

It called India "a major defensive partner which continues to be an important force for political stability, peace and economic progress in the Indo-Pacific and South Asia region."

India, which had estranged relations with the United States since the Cold War, has emerged as one of its leading defence partner with the interests of the world's two largest democracies largely overlapping amid their concerns over a rising China and Islamist extremism.

India has been alarmed by China's growing interest in the Indian Ocean as it becomes a global naval power.

In a strategy dubbed by Indian and US observers as the "string of pearls," China has made use of a growing number of naval bases in the Indian Ocean, most notably the Gwadar port it is developing in India's historic rival Pakistan.

Indian naval planners have responded with a doctrine to ensure freedom of movement throughout the Indian Ocean, stretching from the Strait of Hormuz to the Strait of Malacca.