United States-China trade deal may not be signed this year 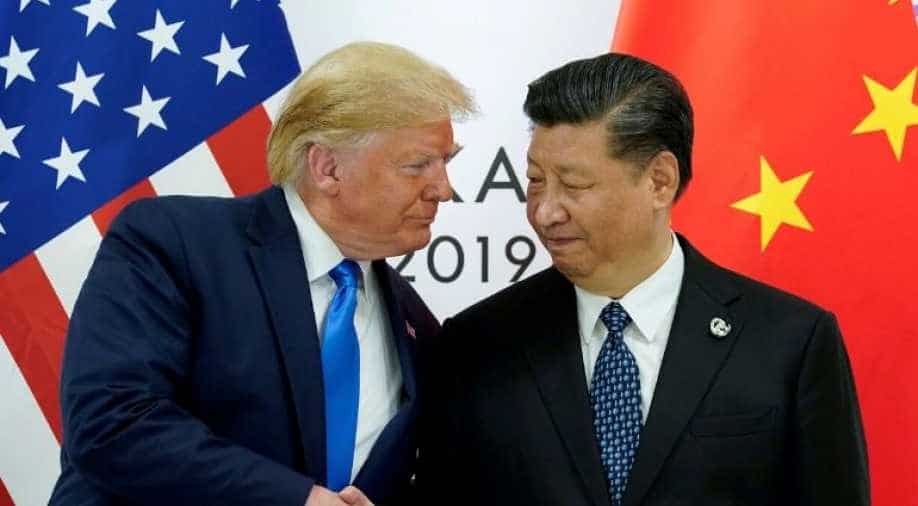 Just over five weeks later, a deal is still elusive, and negotiations may be getting more complicated, trade experts and people briefed on the talks told Reuters this week

Completion of a "phase one" US-China trade deal could slide into next year, trade experts and people close to the White House said, as Beijing presses for more extensive tariff rollbacks, and the Trump administration counters with heightened demands of its own.

An initial trade deal could take as long as five weeks to sign, US President Donald Trump and Treasury Secretary Steven Mnuchin said.

Just over five weeks later, a deal is still elusive, and negotiations may be getting more complicated, trade experts and people briefed on the talks told Reuters this week.

Asked Wednesday about the status of the China deal, Trump told reporters in Texas "I don't think they're stepping up to the level that I want."

Trump and US Trade Representative Robert Lighthizer recognize that rolling back tariffs for a deal that fails to address core intellectual property and technology transfer issues will not be seen as a good deal for the United States, a person briefed on the matter said.

In a dinner speech in Beijing on Wednesday, Vice Premier Liu He said he was "cautiously optimistic" on a phase one deal, Bloomberg News said, citing people who attended the event ahead of a forum organized by Bloomberg LP.

Liu, China's chief negotiator at the Sino-US trade talks, separately told one of the attendees that he was "confused" about the US demands, but was confident the first phase of a deal could be completed nevertheless, Bloomberg added.

Officials from Beijing had suggested that Chinese President Xi Jinping and Trump might sign a deal in early December.

Some experts said the next date to watch was December 15, when tariffs on about $156 billion in Chinese goods are set to take effect, including holiday gift items such as electronics and Christmas decorations.

"If talks are really going well, that hike will be suspended," said Christian Whiton, a senior fellow for strategy and trade at the Center for the National Interest, and a former Trump and George W. Bush administration adviser.

"If not, the US will implement them and that will throw the game into next year."

US stocks extended their fall Wednesday on the potential delay, with the S&P last down 0.8 per cent, while Treasury yields dropped and the dollar pared gains.

"Negotiations are continuing and progress is being made on the text of the phase-one agreement," White House spokesman Judd Deere said in an email Wednesday afternoon.

The crackdown on protests in Hong Kong may also complicate the deal's completion.

The Hong Kong issue is definitely a negative factor in the trade talks, Zhang Yansheng, principal researcher at the state-affiliated think-tank China Center for International Economic Exchanges, said at the Bloomberg forum on Thursday.

A phase one deal is likely this year if there was "no disturbance", Zhang said, without elaborating.

Watch: China seeks sanctions on US in WTO

The US Senate passed a bill on Tuesday night condemning the crackdown and pledging support for Hong Kong, which was immediately criticized by Beijing.

"The violent crackdown against protesters in Hong Kong, which Beijing is directing, decreases the odds of a deal," Whiton said. "Is Xi really going to be invited for a grip-and-grin with the president as his cops are beating students in Hong Kong?"

Negotiations also are complicated by conflicts within the White House about the best approach to China, and by the fact that Trump could veto any agreed deal at the last minute.

The flare-up in tensions between Washington and Beijing helped knock global stock markets from 22-month highs reached in recent weeks when some sort of resolution on the trade war appeared likely.

Some China and trade experts briefed on the talks told Reuters they were still optimistic a deal might come together in the coming weeks, and Trump said on Wednesday his team continues to talk with China.

A Saturday call between Mnuchin, Lighthizer and China's Liu was described as "constructive" by state news agency Xinhua.

And the US government has begun issuing licenses for some companies to supply goods to Huawei Technologies Co Ltd, the world's largest telecoms equipment maker whose blacklisting by the administration has been another point of contention.

Nonetheless, Chinese pundits now also say they are pessimistic about a deal.

"Few Chinese believe that China and the US can reach a deal soon," Hu Xijin, the editor of the state-backed Chinese tabloid Global Times, said on Twitter on Wednesday.

The Global Times is not the official media outlet of the Chinese Communist Party - the People's Daily is, but Hu has described his role as giving voice to what Beijing officials wish they could say in public.

Hu concluded, "China wants a deal but is prepared for the worst-case scenario, a prolonged trade war."