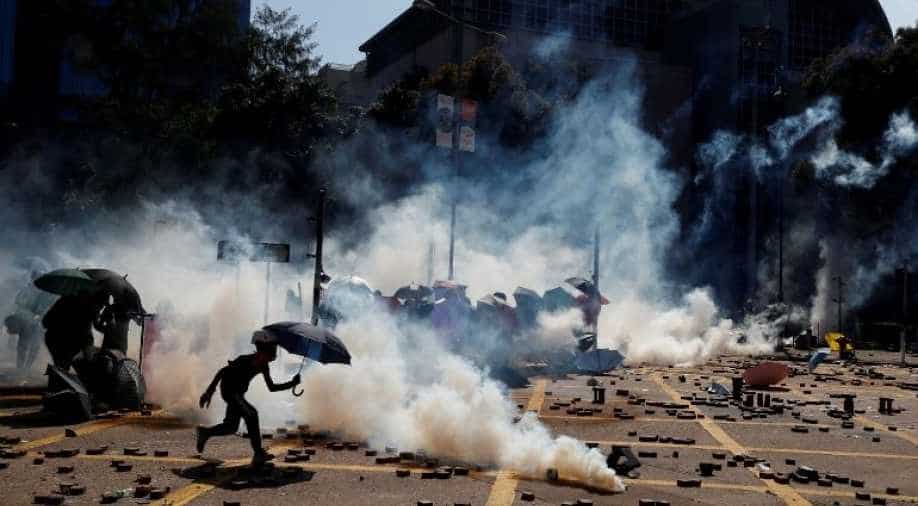 The House, by 417 votes to 0, also approved Senate-cleared legislation that would ban sales of tear gas, rubber bullets and other equipment used by Hong Kong

The legislation supporting human rights and democracy in Hong Kong was passed in the United States yesterday. The House, by 417 votes to 0, also approved Senate-cleared legislation that would ban sales of tear gas, rubber bullets and other equipment used by Hong Kong security forces.

It shall now be forwarded to US President Donald Trump.

The White House has not threatened to veto the measure and Trump is expected to sign it, reported AFP.

The Hong Kong Human Rights and Democracy Act passed the House of Representatives by 417 to 0, one day after the Senate unanimously passed the measure, provoking the threat of ''countermeasures'' by Beijing.

According to the bill, the United States president shall annually review the trade status that the US grants to Hong Kong, with sanctions and threats to be imposed in case there are human rights and democracy violations in the city.

The House, by 417 votes to 0, also approved Senate-cleared legislation that would ban sales of tear gas, rubber bullets and other equipment used by Hong Kong security forces.

Owing to this bill, the two economic superpowers could jeopardise a major trade deal with has been in the works for months.

The votes marked an unusually strong show of bipartisanship in divided Washington.

Congress voted, he added, "to protect American interests and hold China accountable for its misconduct."

"For 24 consecutive weeks, the people of Hong Kong have been asking for their democracy, freedoms and promised autonomy to be respected," Senate Democrat Ben Cardin said in a statement.

Republican Senator Marco Rubio said that as the Chinese Communist Party violates "basic rights" of the Hong Kong people, "the United States must make clear that we continue to stand with Hong Kongers fighting for their long-cherished freedoms."

The rights bill passed as dozens of pro-democracy protesters stood firm inside a besieged Hong Kong university, where a four-day standoff against police has caught the world's attention.