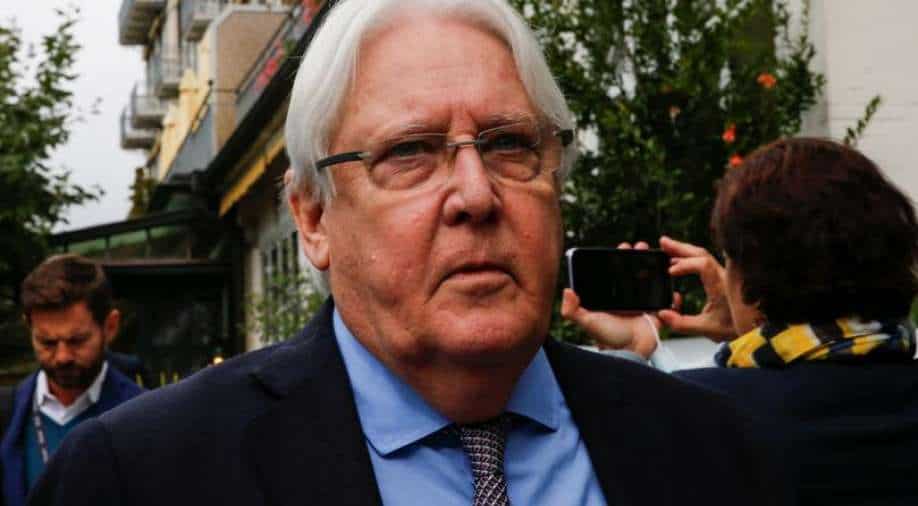 The United Nations special envoy on Yemen is visiting Iran for the first time to discuss Yemen`s crisis, Iranian state TV reported on Sunday, days after Washington announced an end to its support for Saudi-led military operations in Yemen.

"The U.N. Special Envoy Martin Griffiths has arrived in Tehran for a two-day visit, during which he will meet with Foreign Minister Mohammad Javad Zarif and other Iranian officials," state TV said.

Griffiths` office said the visit was part of his diplomatic efforts to support a negotiated political solution to the conflict. His immediate priority was to support agreement between the warring parties on a ceasefire, urgent humanitarian measures and a resumption of the political process, it said in a press release.

Griffiths` spokeswoman, Ismini Palla, said the visit had been planned for some time, adding it comes at a time when he is trying to bring together more diplomatic, regional and international support to his efforts to end the war.

On Saturday, Iran welcomed U.S. President Joe Biden`s move on Thursday to end Washington`s support for offensive operations in the Saudi-led military campaign in Yemen as a "step towards correcting past mistakes".

When asked whether the U.S. decision will produce the opportunity to end the war in Yemen, Zarif told CNN: "I certainly hope that it does ... it is best for the United States to show some tough love to its allies and tell them to stop this atrocity. They will never win in Yemen."

Reversing one of former U.S. President Donald Trump`s most criticised last-minute decisions, Washington also said on Friday it intended to revoke a terrorist designation for the Houthi movement in response to the humanitarian crisis in Yemen, where the United Nations says some 80% of the population is in need.