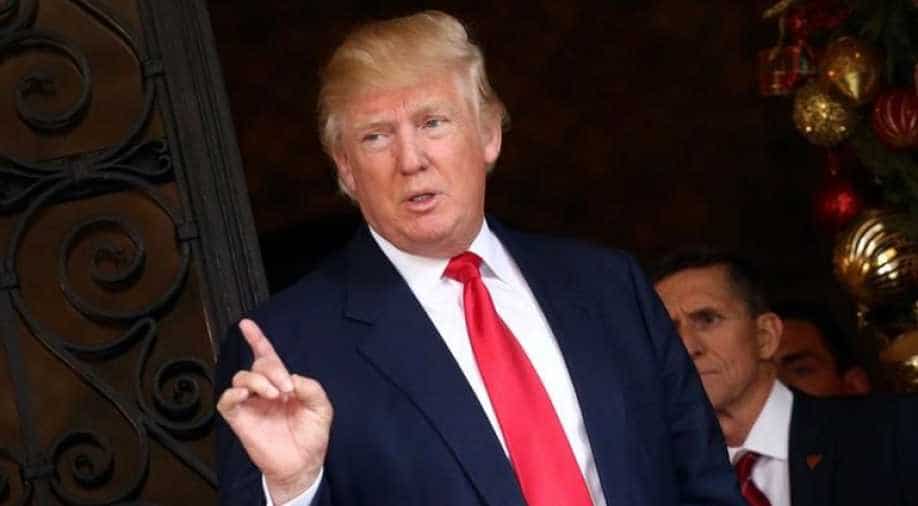 It is not ascertained how Kushner appointment would be affected by a federal anti-nepotism law that prohibits a president from hiring family members to serve in his administration. Photograph:( Reuters )

US President-elect Donald Trump will make Jared Kushner his senior adviser, US media reported. The position, unlike Cabinet posts, does not require US Senate confirmation.

Kushner, 35, is married to Donald Trump's eldest daughter Ivanka, and like Trump is a New York-based real estate developer with business dealings that could lead to conflict of interest.

Kushner, who like Donald has no previous experience working in politics, has been instrumental in Trump's campaign during the presidential elections, playing a key role in advising him in matters of appointment and strategy. He was involved in almost every aspect of it, from personnel decisions to strategy and fundraising.

The law has loopholes: Ethics experts say that Kushner could retain a technically unofficial rule, such as serving as "consultant", and bypass the law, The Guardian reports. Trump's transition team has said that Kushner "has chosen to forego his salary while serving in the administration". Forbes estimates that Kushner, along with his parents and adult brother, is worth an estimated $1.8 billion, PTI reports.

Kushner and his wife will reportedly undertake significant divestments of their wide-ranging financial portfolios as they prepare for their move to Washington from New York and face inevitable questions about potential conflicts of interest. Kushner will resign from his positions as chief executive of the Kushner Companies and as publisher of the New York Observer newspaper and divest from any interests in the New York Observer, Thrive Capital, the 666 Fifth Avenue office building in midtown Manhattan and any foreign investments.

In addition, Kushner will recuse himself from participating in matters that could have a direct effect on his remaining financial interests. Those interests include real estate in the New York area, Ivanka Trump's interest in the new Trump hotel in Washington and the Ivanka Trump Brand fashion business, the officials said. Kushner will file a public financial disclosure form.

While those in his cabinet appear to be divesting themselves, Donald Trump, who owns at least 144 foreign companies in 25 different countries, has never indicated that he will sell off his business interests before serving as president. Foreign diplomats are reportedly going out of their way to stay in Trump's hotel and buy his products when they visit Washington, the Washington Post reports.

Trump has repeatedly failed to release his tax returns, a document that could potentially shed light on potential conflicts of interest, after promising to do so. Originally Trump said he would release them publicly except he was not allowed to because he was under audit. American tax collectors said he was under audit, but that he was free to release them. Trump's son said that his father would release his tax return, except doing so would subject them to public scrutiny.

Ivanka Trump, who like her husband has been a close adviser to the president-elect, will not take on an official role in her father's White House, but will reportedly focus on settling her family in Washington. While Donald Trump has claimed she will run his businesses and have no political role, Ivanka was pictured attending a meeting in Trump Towers with Japanese Prime Minister Shinzo Abe, and was also pictured at a meeting with American tech industry leaders, leading to doubts that there will be a meaningful separation between Trump's business interests and his role as public servant.

Trump has said he would transfer control of his business to his children, but he has given no details. Trump claimed in November via Twitter there would be a news conference in December on the topic, but it was cancelled. Trump is expected to take questions from reporters this week.

'We have the better argument'

Richard Briffault, a government ethics expert at Columbia Law School, disagreed, saying: "Given the fact that the president is specifically mentioned, you would think that someone that is working for the president would be covered" by the anti-nepotism law.

Bill Clinton aroused controversy in 1993 when he named his wife, Hillary Clinton, to lead his healthcare reform drive. She lost the November 8 election to Trump. After John F Kennedy was elected president in 1960, he chose his brother Robert as attorney general.

Late on Monday, a group of six Democrats on the House of Representatives Judiciary Committee said they had written to the Justice Department and US Office of Government Ethics asking them to review concerns about nepotism and conflicts of interest arising from Kushner's appointment.