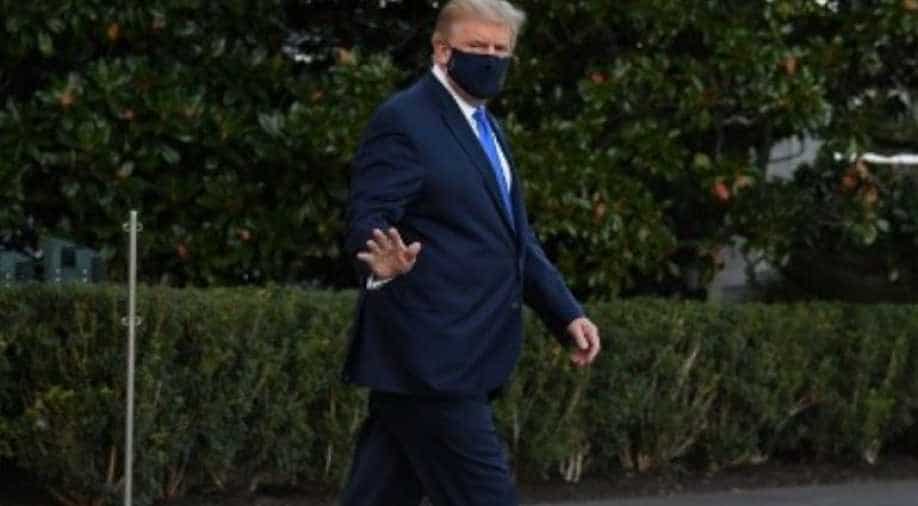 Last week, Trump suggested that Marines and other service members, as well as police officers, might have infected one of his top advisers, Hope Hicks.

WASHINGTON — Even as he scrambles to shore up support from his base, President Donald Trump on Thursday again suggested that veterans and their families had spread the coronavirus at the White House, floating the idea that a meeting with the loved ones of fallen military members might have been the source of his own infection.

In an interview on Fox Business, Trump described an event at the White House on Sept. 27 with a group of Gold Star families — those whose relatives have died in military conflicts — and said he had “figured there would be a chance” he would become infected there, because the family members “come within an inch of my face sometimes.”

“They want to hug me and they want to kiss me,” he added. “And they do. And frankly, I’m not telling them to back up. I’m not doing it. But I did say it’s obviously dangerous.”

Last week, Trump suggested that Marines and other service members, as well as police officers, might have infected one of his top advisers, Hope Hicks. In fact, by the time the president made those comments, in an interview with Fox News on Thursday night, he had already tested positive using a rapid test and was awaiting the results of a more precise test.

The remarks came weeks after a report in The Atlantic that Trump had disparaged U.S. troops who died in wars as “losers” and “suckers.”

Trump has counted on veterans as well as active-duty service members as a key slice of his political base; in 2016, about 60% voted for him, according to exit polls, and swing-state counties with especially high numbers of veterans helped him win. But that support appears to have slipped.

Groups associated with veterans and disillusioned Republican voters have raised millions of dollars to attack Trump since the Atlantic report early last month, which cited anonymous people who said the president had rejected a visit to a World War I military cemetery in northern France in part because it was “filled with losers.”

Alyssa Farah, a White House spokeswoman, said Trump had not been implicating the families.

“His point was merely that in the time frame that he was potentially exposed,” she said, “there were a number of different venues he’d been at and individuals that he had interacted with that it could have come from.”