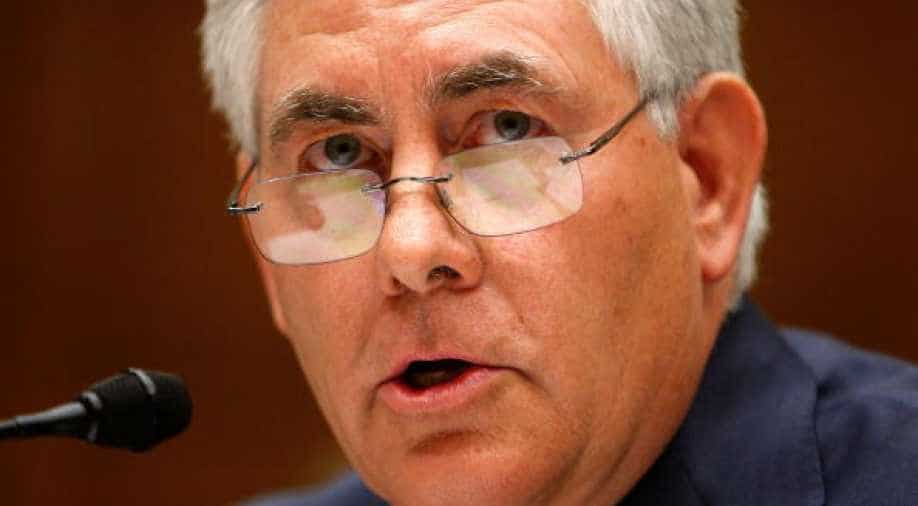 Tillerson's nomination will come under close scrutiny due to his close ties with Russia.

Although Tillerson is in the inside lane to become the next Secretary of State, transition officials said Trump is yet to make up his mind.

However, in a televised interview that is to be aired tonight, Trump said: ""He's more than a business executive; he's a world-class player. He's in charge of I guess the largest company in the world," Trump told Fox News according to the excerpts released yesterday.

Already, two leading Republican hawks, Senators John McCain and Lindsey Graham, have voiced concerns about Tillerson's serving as the nation's top diplomat because of his ties to Putin, the daily said.

NBC News which first reported about it said that Tillerson would be joined by the former US Ambassador to the UN, John Bolton, as the Deputy Secretary of State, who would be responsible for the day to day management of the State Department.

In a statement, the Democratic National Committee communications director Adam Hodge said Trump's "outrageous pick" of Tillerson to be Secretary of State demonstrates once again that he lied to the country about draining the swamp, and he's turning the government over to the same Wall Street bankers, Washington insiders and special interests he railed against during the campaign.

"It's also another victory for Vladimir Putin, who interfered in our election to help elect Trump and now has a close ally with no foreign policy experience serving as America's top diplomat," he said.